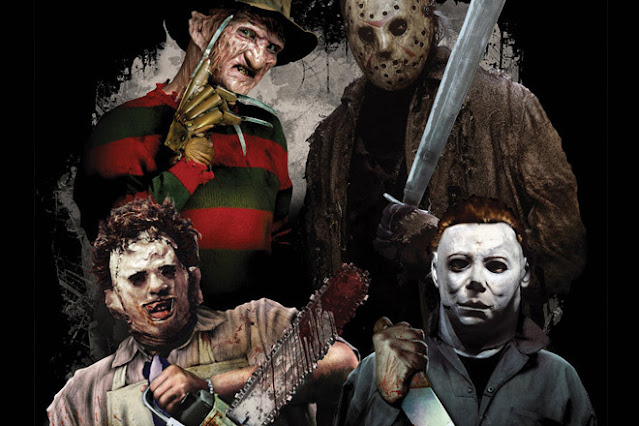 Welcome back everyone to Halloween Haunts 365.com. Today we have something we have wanted to talk about for some time. The Topic today will be the neglect and disrespect that "Hollywood" shows the Horror Genre. When you hear about all of these "Big Time Actors" speak as it is the red headed step child of the Industry, They should really take a step back and see how all of these Major Film Studios make their massive profits and it is never that Summer Blockbuster! Let us take a deeper dive into Major studios that were either built or saved from the Film Genre that everyone "Hates".

First and Foremost, The House That Freddy Built! New Line Cinema. Robert Shaye busted his Ass off day and night to get A Nightmare on Elm Street made. He mortgaged everything, He sold everything, He even borrowed future money to get this film made. Was it worth it? Oh Yes! Without our man Freddy Krueger, New Line might have never existed. Which means such titles as The Lord of the Rings Trilogy and Rush Hour series may have never have been. Another note, I have read that Ryan Gosiling has made fun of Horror and Hates it very much. Is this true? Possibly, But, we have no proof. Just going off articles we have read and if it is the case. One of his biggest movies was developed because Freddy Krueger started it. Yes, The biggest "Chick Flick" of all time The Notebook was developed by New Line Cinema. Freddy Kruger helped develop an Amazing Company. And Robert Shaye had a vision that he fought for. One little Horror movie turned his vision into reality.

One of the biggest nods to the Horror Community would be Universal. Very few people talk about how the biggest Studio of all time now and then almost lost it all and was saved by the creation of Dracula and Frankenstein. So, Remember. Every time you visit Universal Studios and ride the rides or enjoy HHN, Horror made that happen.

The disrespect does not stop there. Look at the Academy Awards. There has been dozens of Horror Movies that should have won Best Picture or Best Actor/Actress instead of whatever Art crap some weird Director put out. This is the biggest Disrespect of our Community. Not to mention all the Snubs when it comes to the Effect voting. How has the Genre not one for Effects? The entire movie is made for the Special Effects.

This all needs to stop. There is easy proof that Horror is the Best and Most profitable Genre. We do not gather every six months in droves for the newest Rom-Com Convention. Horror Cons we do! Actors have never made money from that "The Notebook" Convention or Romantic Comedy Convention. They do not exist because no one cares about them. We do not sit at home and watch what ever Abomination won Best Picture at the Academy Awards 50 times. We will sit and watch our Favorite Horror movies over and over again. Rocky was an Amazing Movie, But I still have watched A nightmare on Elm Street 5, The Dream Master more.

This is my open discussion. Everyone is entitled to their own opinion but these past paragraphs prove that the Horror Genre is the most important Genre in Films. It is the biggest money maker and develops the best fans. Change my mind!

That is all we have for you today at Halloween Haunts 365.com! Keep it here as we are inching closer to Haunt Season and we have some things for you soon! Thank you for stopping by to HH365! Where Every Day Is Haunt Season! Pic credit is from Google. Not our Picture.