What Haunted Attraction Immersion Is To Us 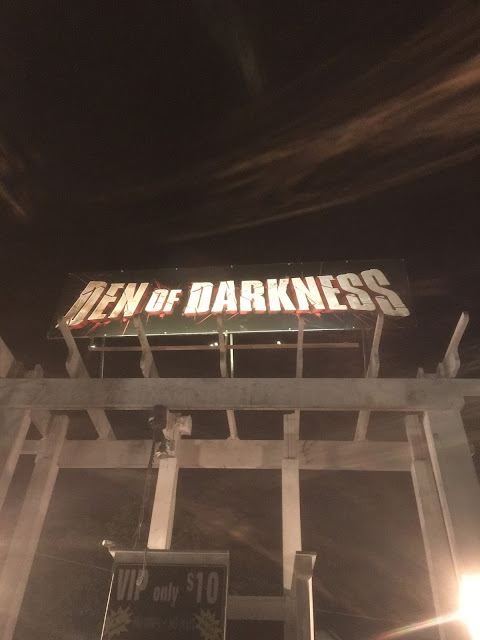 Welcome back to another edition of HH365! Today, we will continue avoiding the Covid-19 talk by getting into a subject near and dear to us Haunt Fans, Immersion.

What is Immersion in our eyes you may be asking? For HH365, it is a scene that makes you forget you are walking through plywood panels with actors waiting for certain queues. Immersion means that you are so into a setup, scene or theme as you walk through a scene in a Haunted Attraction that you can completely forget you are not in a movie or a really scary place. A lot of our favorite Attractions are masters in Immersion. Below we will give a couple examples of Haunts that we know by heart to really show off depth and design.

You do not need to spend hundreds of thousands of dollars on Animatroics or props to create and Immerse Atmosphere. Immersion just needs to use the space to create something for all senses of the body.

Sight. Lighting plays a huge dividend. You can do more with lighting to add depth and send attention then you can by spending ridiculous money on props or Animatronics. We have seen light alone create fear and Immersion in certain places. One example was in Shocktoberfest. Walking into a room with a slowly dimming light that blinked on and off slowly. You could not make out most of the room but you did notice the Actor getting closer every time the light illuminated. Before long, he was in your face as you had a hard time making your way with the dim light. I could not tell you what color the walls were, there was no sound. The used light alone to create fear. It was a very inexpensive trick and it worked over and over again.

Touch. Touch can be obtained easily or a little more difficult. One Attraction that comes to mind is one that had a creepy crawler room. Low light and had bugs everywhere on the walls. Well, in this scene alone it has sort of a gravel floor that really felt like you were stepping on bugs. This was an easy trick but you can also add harder tricks such as a Butcher shop or Morgue theme. Make that room colder or make boiler rooms hotter. These will cost a little bit more to add to an Attraction. But Cold can be pulled off with ice sitting in front of a fan hidden behind a prop. If you just give the guest a little bit of a chill for a few seconds as they see body bags hanging from the ceiling, That is Immersion.

Sound. We have done an article on sound effects in Haunted Attractions but to explain Immersion as we see it it has to be mentioned again. This can be the littlest noise that can complete a scene. Creaking boards in an old Library. Coffins creaking in a funeral home. The subtle sound can complete a scene faster then a prop or other details.

Smell. Smell is a little more complicated and can be more expensive but really hits a Home run every time. One of the clearest memories I have of a Haunt with smell was a Funeral scene. For the life of me I can not remember which one but the smell of what smelled like dying roses hit you in the face as your looking at caskets really sent shock waves and really brought you into thinking you were in a Funeral.

Immersion brings your mind all in to a Scene. A lot of what we score Scenes by goes by how Immersed we were in that Attraction.