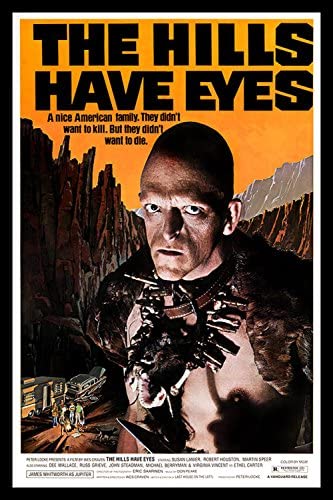 Welcome back everyone to the next edition of HH365! Today we will bring back an old segment we did before last Haunt Season where we find the True Stories and History that brough us our favorite Horror Movies! Today lets take a look at one of the less popular films but still a Wes Craven Classic, The Hills Have Eyes!

Wes Craven has been on record as saying that this film was inspired from Scotland many moons ago.

This movie was inspired by The Legend of Sawney Bean. Bean was a Mythical leader of a Cannibalistic Cult in the 15th Century.

The legend goes that Sawney Bean lived in a cave in remote Scotland with about fifty family members including over twelve children from his union with Agnes Douglas, and dozens of Grandchildren mostly born of incest.

The family is said to have survived with Murder and Cannibalism. They would target and attack lone travelers that crept too close to their home. The would murder them and eat their flesh. When they had more human remains that they could eat, they would pickle and salt the meat for consumption later. Sawney Bean and his Cannibal crew would live in this cave until a bad ambush led Authorities to its location and capture the entire family.

At the end of their Cannibalistic murder spree that lasted a few decades, the number of victims is believed to be in the hundreds. Each member of the family was sentenced to a slow and horrifying death.

Yes, Craven was right and that made for one hell of a tale from Scotland. You cannot make this stuff up when it comes to inspirations for Horror!

That is all we have for you today at HH365! Keep it at HH365! Where Every Day Is Haunt Season!