Why Do Some Haunts Fail And Some Succeed? Part 2. 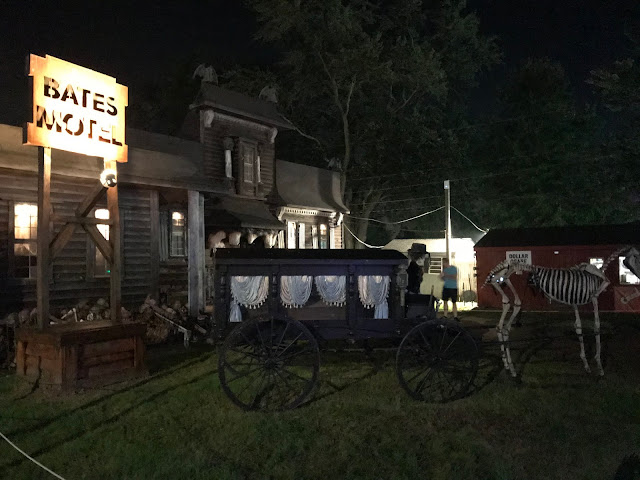 Welcome Back to HH365. Today we will continue our Haunt Success or Haunt Fail segment. Lets see what causes our Haunts the biggest problems or their dreams to come true. We will continue on number five.

5. Fear Factor. Your audience can go running for the hills or just walk bored through some dark hallway. That choice is really up to you. It is important to have your ups and downs through an attraction, but too much down will send your customers home and not claim a repeat from them next year. People go with the idea of wanting to be chased and running for their lives. This can usually be completed with just careful planning, no need to blow the budget to keep people horrified.

6. Staffing. The haunt actors bring the show to life. Having the correct actor in the right scene will make or break any scene you are trying to capture in your haunt. Without the Actor, you are just looking at some creepy shit around while hearing spooky sounds. Misplacement of Actors instantly ruins any vision you have of  what the room should be. Also, hiring the wrong person can bleed you out. We have witnessed many Actors who were on their phone and or not paying attention for the next group. This is probably the hardest part of owning any Haunt.

7. Haunt Design. The best Haunts have a center or courtyard in the middle of their attractions. Somewhere to meet up, hangout, eat and whatever else people want to do. There are some scary Haunts out there dropping the ball on this non stop revenue driver. Like we said in earlier comments, this is more of a night out for people then it is just to walk through something spooky. With a courtyard or center area, you can sell food, merchandise, and other things to add non stop income. its around five hundred dollars to print one hundred t shirts. you sell each t shirt for twenty dollars.  That is  fifteen hundred dollars profit on just one hundred shirts. Why are there still Haunts without at least a T shirt stand. The prices lower by shirt for as many as you print too. So there is no excuse.

8. Heart. If your heart is not into something, the quality will reflect it. We understand that burn out could be possible, after all it is a very short season and a massive amount of work. So if you are thinking of starting a Haunt, you need to make sure it is something you can put 110% into. Your Haunt will fail miserably if you do not have the time, energy or again heart. Haunt season typically ends in the beginning of November, maybe a couple weeks passed the first. Most Haunts we have talked to say they take just a month or less off and go right back in. It is easily a year round commitment for any professional Haunt.

That continues our segment for today. Keep it here at HH365, Where Every Day Is Haunt Season.