Why Do Some Haunts Fail And Some Succeed? Part 1. 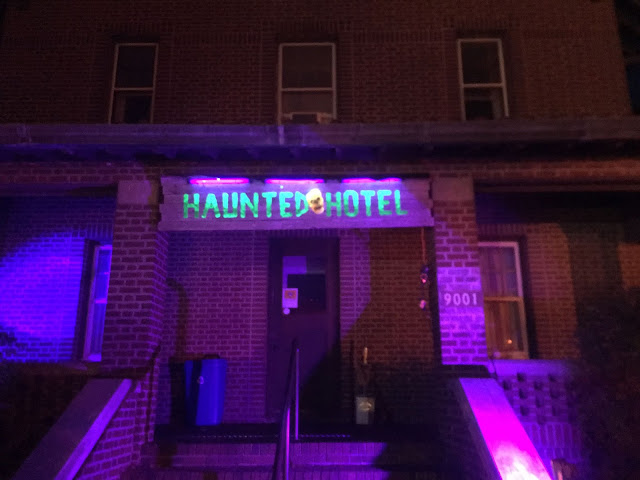 Welcome back everyone to another edition of HH365. With the sad closing of Camp Evans Base of Terror, it reminds us of how easy it is for some of our favorite Haunted Attractions to go under and are forced to close. I want to spend the day going over some of what I believe are the keys to keeping a Haunt open and flourishing and what causes a Haunt to be forgotten.

1. Fan Base. Every Haunt needs to develop a devoted fan base. Fans that will make it a point to come to your Haunt every year without question. Fans that are devoted enough that they will not try other attractions before yours. Sure, the average Haunt fan will travel to many, but you want to give them something that keeps them coming back year after year.

2. Advertising. Haunters and Haunt fans are one in the same. We need to remember that there are normal people on this planet that do not think about Haunts every week. 90% of the population will only go to one and two a year during the season. Advertising needs to hit the people. A ton of  Haunts in my area are outstanding at it, but some have failed and it shows as the attendance drops every year.

3. Update. This is not stating that you need to rebuild a new attraction every year, or to even start a new attraction every year. But, the best places add something new every year. Whether it be a new game, some different scenery, or different actor placement. I know quite a few locations that have not changed anything in years, then a couple that change a ton every single season. Which one do you think the fans would prefer? I know one of our writers has stopped going to a few as there is nothing new to report.

4. Make it a fun night out. The majority of Haunt goers are only there for the experience. No, they did not notice how you set the table in the dinner room inside the Hotel or the lighting to hide the actor in the third room. They want to have fun because its a fall festivity. They will all be wearing plaid and head to a pumpkin patch tomorrow with their pumpkin spiced latte. Have more to do at your attraction then just the houses or hayrides. Add games and food, i cannot stress enough how important it is to create a night out with the family or friends. You me be the scariest Haunt on the planet, but if you can walk through for 30 minutes and then leave. You are leaving customers and cash in the process.

That is Part 1 of this segment. Feel free to reach out if you believe or have even more ideas. Until Next time everyone, this is HH365.com, Where Every Day Is Haunt Season.
Posted by Halloween Haunts 365 at 8:19 AM