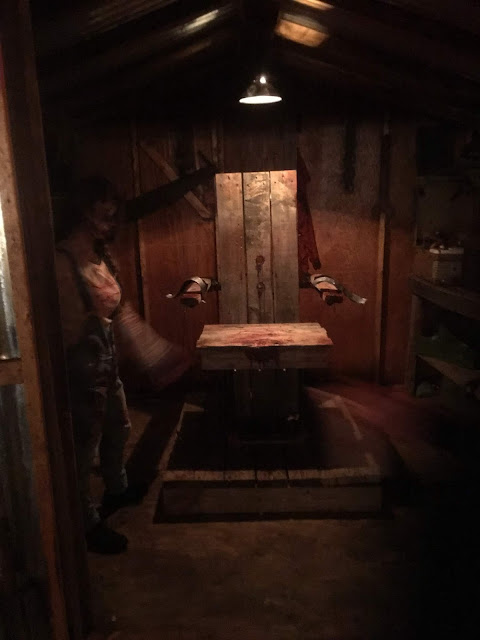 Welcome Back Everyone to HH365! We hope you are ready for this upcoming Haunt Season as we can say it will be a killer season. Lets talk about some cool new features we have seen at haunt and coming to haunts.

1. Escape Games. A ton of your local haunted attractions are starting up new Escape Game businesses. You can see the categorization of Escape Games to Haunts because they are generally the same kind of build. You create a room and the players have to escape. Who better to design world class scenes then haunters? We are seeing these pop up at Haunts in full versions and mini escape games that take 5 or so minutes. Great idea to add to off-season business plus add to the night's experience.

2. Like the picture above, sideshows or extra attractions that cost just a few bucks more to partake in but add to the thrill of the evening out and add extra scares. These attractions could include The Coffin Ride, a ride where you are dared to enter a coffin for a few minutes. One of our local attractions has The Bloodshed, pictured above. The Bloodshed adds a little more fear to your night as you are strapped to the chair above alone while your friends watch you cry.

3. Carnival Games. In quite a few haunts that we visit, we have noticed a growing number of fun games to play. Most are inspired by your average Amusement Park game, with a Horror Twist! Games like throw the severed head into the can, or smash the pumpkin, or games like smash the brain into the skull of the zombie. Usually, these are only a few dollars and you can win a prize. Good Times!

Of course there is more to come, we cant waste all of our news on one post! So keep it here at HH365! Where It Is Haunt Season Every Day!
Posted by Halloween Haunts 365 at 7:56 AM