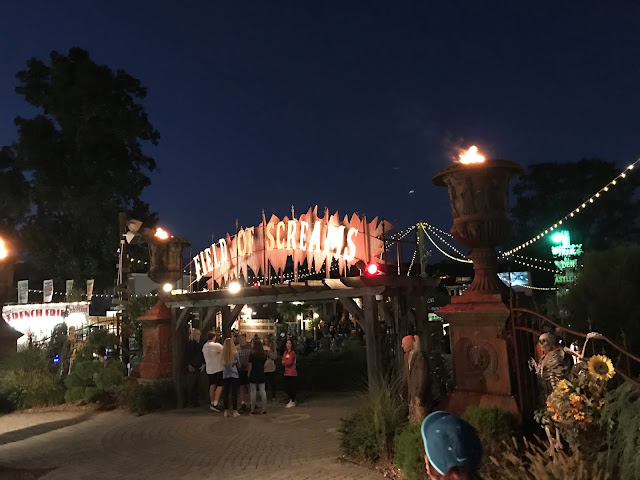 Welcome back to the next Installment of HH365! This week marks the start of our Fourth Haunt Tour! We could not be more excited to start this year off at Field Of Screams. We are still in the process of thinking up a couple more awards and what they will look like, I guess we need to wrap that up pretty quickly. We will revisit scoring today and what it means as it has changed a little bit with the addition of the work from our Graphic Designer. Lets get into it.

Actors: 1-5. We will rate actors on their timing and use of their area. Enthusiasm will also help any actor in this scoring. It is hard to generalize all the actors into one vote for an attraction but we take every thing we see into account. We then vote on a number from 1 to 5 at the end of the attraction. We will review every attraction separately and if the Actors were enthused and trying to scare us, we will score accordingly.

Our Hardest Category. There are very few times through the year that I get startled. This is why we rely on other guests and other members of the group. If we were to judge any haunt by what I thought was scary we would not get the job done. Fear Factor will be measured by the screams coming from it and also the people running from it. Also, any other details we find in the Attraction to warrant the score.

We are all fully aware of how many haunts run by the same pattern. Clown, Hillbilly, Chainsaw and so on. This Category will help distinguish things we find different in Hayrides and Walk throughs. We love change more then anything. We like to see new scenes and different make ups. We like to see original ideas and not ones taken from the partner haunts around the country. Let's be Original!

Props are key to a good Haunt. They make the scene scary and add a level of fear to every attraction. Props do not have to be Trans World pieces but something made at the shop. Some of the best pieces I have seen done are made by the creative minds behind some of the best Haunted Attractions. We will always take notice to what is laying around in ever scene. And then vote accordingly.

Scenes in Haunts are super important. They bring the evil to life. Without Scenes, you would just be walking in dark hallways into rooms with creepy people dressed up trying to scare you. It would eliminate any effect lighting or actors would have in the Attraction. Without setting the scene, you would be very very bored. Scenes I believe are the most important aspect when building a Haunt.

That is what we have for you today on our 6 day countdown until the fog fills out lungs, the screams pierce our ears and our legs go numb on the hayrides! Keep it here at HH365, Where Every Day Is Haunt Season.
Posted by Halloween Haunts 365 at 6:26 AM