Movies VS Reality Part 5. The Story Behind The Idea For Jaws! 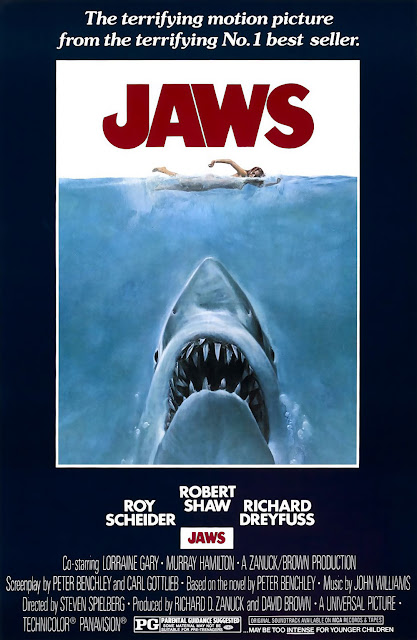 Welcome back to another installment from the best haunted attraction review site on the planet! HH365. Today we will return to our on going segment called Movies vs Reality. This segment uses the real life stories to show how they inspired some of our favorite movies. Today you will learn that Jaws was a true story....Sort of. Lets Go!

Jaws. A timeless movie and easily in everyone's top ten list for Horror and just overall a great movie. Everyone knows the story, a giant Great White shark terrorizes the small New England town of Amityville. From munching on beach goers to attacking the men sent out to stop him. Jaws seems too fictional to be based on any true story, but on the contrary, it is.

This story takes us to our home state New Jersey back to the year 1916 in a small coastal town by the name Beach Haven. Between July 1st and July 12th, 1916 The Jersey Shore faced a threat that they have never seen before. Shark Attacks have happened but not five in row in ten short days. A Shark swimming up the Jersey Shore has eaten four swimmers and attacked a fifth. This has never been seen before. The thought during the attacks varied as to what kind of shark attacked these people. The two most popular ideas were that either a Great White Shark or a Bull Shark were responsible. There is still no proof that that the Great White Shark caught off of Raritan Bay was the shark involved in the murders as Great Whites are very rare in this location. Many people believe this was caused by a Bull Shark. Bull Sharks are extremely viscous and can swim in both fresh and salt water. So for the shark to hit the bodies of waters it ended up in, signs point to a Bull Shark. Which are more common in the New Jersey Coastal Waters.

Peter Benchley wrote the novel Jaws. The book that inspired the motion picture. He used a Great White because it was more intimidating and much bigger then a Bull shark. Hell, it made for one hell of a story. Now you know the facts behind the movie Jaws. Some sharks I guess can have a vengeance like "Bruce" the Great White shark in Jaws. Bizarre happenings often make the most memorable movies.

That's all for today.  Stop by soon as Haunt Season is approaching. Always at HH365!
Posted by Halloween Haunts 365 at 9:10 AM