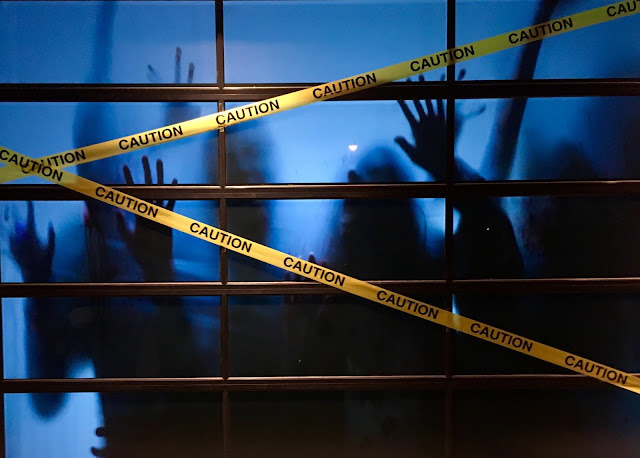 Welcome Back Everyone to the next installment of HH365. Today we will start a new topic on Haunt Tactics. This will go over some of the best hints and tricks used around the Haunt Industry and some that have really stuck with us over time. So if your a lifelong haunter or new to the game, these series of articles may implant some new ideas or pull old tricks out of the bag.

1. The Bait and Switch. The most skilled Haunters have this tactic down to a science. This is when you set up a display to one side that captures your eyes as the actor or animatronic is ready to bounce from your blind side. Field of Screams does a great job with this with an outline of a well endowed woman in a shower that is lit from the back so its a glowing beacon in a dark walk through. There is now way your eyes cannot catch it and look at it as it is glowing. This always gets us as we continue and from our left out comes a skeleton or an actor. Always a timeless trick and can be used in any Attraction big or small.

2. Lighting, Lighting. Lighting. Lighting is one of the biggest tools of the trade. From hiding what you didn't have time to perfect to adding creepiness to any scene. Actors can hide in shadows if you use a light to display a scene. You can use light as a scene itself. In Shocktoberfest, we were able to witness a great effect in a long room. They used a very easy and slow strobe effect. The light would flash for a couple seconds then go dark. The clown at the end of the scene would work his way to you every time the light came back on. He would be still as the light shined but when it went dark he would creep closer and closer to your face. They managed to make an entire fright with just a light and one actor. We will add more lighting uses in the next post.

3.  The green laser smoke effect. This is awesome. With the use of lasers and low lying fog, you can create the image of a swamp that you have guests walk through with the effect of being waste deep in sludge. Not only is this a cool effect, but actors can hide under the laser line and scare the hell out of people because you have no idea they are under there. Add a boat or a cabin and you have homemade swamp that is interactive and mess free. 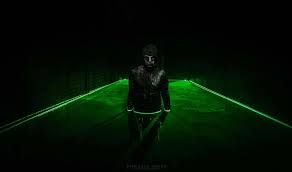 4. This tip is not for the smaller haunts but it is amazing. This one is all about the Field of Screams Hayride. They do something very different from other Hayrides. Lets just say that part of the fear is being fully enclosed in a scene. That's right, fully enclosed on a hayride. The screams begin before anything even happens once the enclosure begins. This is a huge effect to pull off but really worth the price of admission to just hear the screams that start before a single actor makes his appearance.

Those are four quick tips to get started. Keep it here as we are so close to being our Haunt Tour 2019! Keep it at HH365 Where Every Day Is Haunt Season.
Posted by Halloween Haunts 365 at 8:35 AM