When it is the Haunts fault, When its the customers, 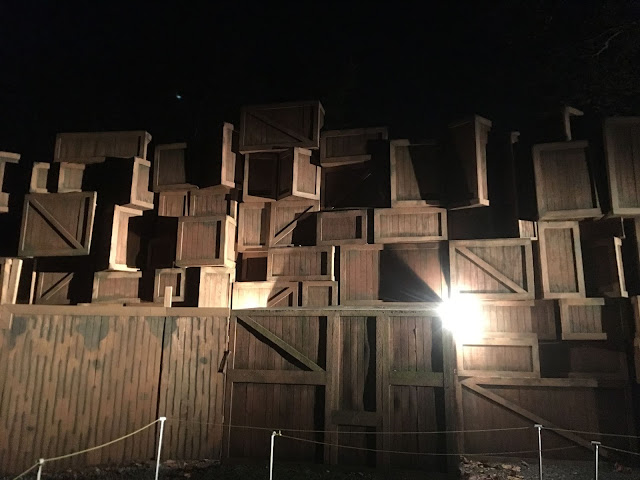 Welcome Back everyone! Hope everyone is having as great week and looking forward to Haunt Season.

Last year, we had an interesting situation pop up at a Haunted Attraction in Ohio. A Woman in Ohio claims a Halloween Attraction included a mock rape scene. "What!!!!"

Digging deeper into the article we see that this was not a scene that the Attraction included but an Actor that may have went a little too far for this woman's liking on her boyfriend. So, now this whole headline has changed as there is no mock rape scene and it did not happen to a woman in the first place.

"A tall man that looked like Leatherface was pushing him down on the bed in front of me". "So I said, please stop That's My Boyfriend!!! The actor continued with "He is my boyfriend now" as he started to "thrust" into the back side of the boyfriend. So we continue reading. "I could not stop thinking about my friends who have been sexually assaulted. it was a PTSD situation.

Lets take a look at this. Do I think the actor went too far? Sure, you can say that. But for this woman to come out and claim PTSD for something shes never experienced is straight ignorant and has no bearing on anything. The Boyfriend didn't care, he was rushed out of the attraction by his girlfriend because she was triggered.

Maybe the poor young woman was assaulted at some point. It does not say that she was, but this message is for everyone. If you are the type of person that gets upset by things they see instantly, or actions of other people. Stay out of Haunted Attractions, just stay home. The actor went a little overboard and I can't say that I have seen a rape scene but I have been in many where sexy girls throw beads at you wearing close to nothing. So, what this boils down to is that this young lady is completely fine with bodies hanging all over the place, body parts strung everywhere, People screaming for help and sitting in cages as slaves or as victims, but her boyfriend gets taken and this is a news worthy issue. Keep your 5 seconds of fame to your self. Your cool with murder and the worst thoughts in human existence but an actor clowning around and trying to make you laugh, you need to talk to the media?

Tough talking points, but in the era of everyone triggered over every little thing has no room in Haunted Attractions.

Come back tomorrow for something new, Not sure what! but it will be new! See you then!
Posted by Halloween Haunts 365 at 8:10 AM