The Poltergeist Curse. Or what was considered The Curse 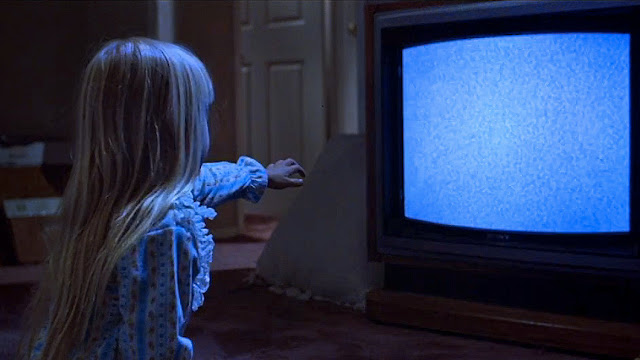 Welcome back everyone! Today we will take a look at the Poltergeist Curse.

Everyone remembers the classic Steven Spielberg movie Poltergeist. It was always one of my favorites. From the great special effects of its time to the Infamous "They're Here" Tagline. One of the best movies hands down about supernatural events.

Then the school yard rumors started. It was said that Steven Spielberg used actual skeletons for the movie and it caused a Curse that wiped out the entire cast. Wow, How is that true when "Coach" is still on USA? Then it came out that all the kids, the mother and the two psychics died. This ended up not true as well.

There were in fact four deaths following the release of the series. Two were actually not surprising as the man who played Reverend Henry Kane, played by Julian Beck died from his lost battle with Cancer. The man who played Taylor, Will Sampson had a lung replaced and was told by doctors that it was 50/50 if he would live a long life after the surgery.

These two deaths were for lack of a better word, expected. The next two however were not.

Carol Anne. A name that goes to horror like Nancy or Laurie. Carol Anne was played by the young  actress Heather O'Rourke. Heather died shortly before the release of Poltergeist III. She died at the young age of 12 years young. Heather was diagnosed with Crohns' Disease and later died from complications of Septic Shock. I believe this girl taken at this young age is what sparked all these rumors of a curse.

Carol Anne was not the only child of the Poltergeist series to have a run of horrible instances. The woman who played her older sister "Dana" Dominique Dunne, was murdered by her ex boyfriend on October 30th 1982.   After a terrible fight, her ex grabbed Dominique's throat until she collapsed to the ground. Dominique fell into a coma and passed away four days later.

A curse? I don't think so. Spielberg would never use real skeletons for props because that for one would really cost too much. This is all a myth. School yard banter of the late 80's.

Come back tomorrow because we have no idea what were doing yet! But keep it here at HH365.com
Posted by Halloween Haunts 365 at 9:08 AM