Lets have a chat about McKamey Manor. 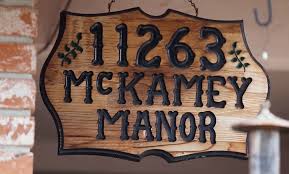 Photo from bloodydisgusting.com. Cool Site, Check them out!

So now that were done giving photo borrowing credit, lets have a chat about a lot of things that has bothered me since getting into this a few years back. I am here to set the record straight and a lot of the real haunters will completely agree with me.

Every year, every single year. When a guest at some Haunt sees our shirt we are asked the same question multiple times a season. "Have you been to McKamey Manor?" We are 100% sure we are not the only Haunt review team that is asked this over and over again. The answer is simple. NO!

Haunted Attractions have a story, in the least amount a theme. You walk through attractions filled with talented actors and stunning displays to get a feel of that story or theme. Haunted Attractions are like living out Horror Movies in real time. None of this happens at McKamey Manor. You sign paperwork for hours and then you are tortured to the point most people can handle.

We need the press and news stations to learn that this is not what Haunts are or should be. This place is always tied to a Haunt where something mistakenly happens. If a Haunt has an injury or someone in the group did something reckless we get to hear about McKamey Manor.

A little documentary came out on Netflix that we could not wait to watch called "Haunters, The Art of the Scare". We turned it on, watched a few Home Haunters and a couple Pro Haunters and it was really cool learning what motivated them to start what we all love, but sure enough up comes McKamey Manor. Why? The crew couldn't see that it has nothing to do Haunted Attraction Industry? If  you want to do a Documentary on McKamey Manor, go for it! I would watch it because I think its cool the level of person it takes to do it but this does not belong in the Haunt Industry.

This started because of this site going more nation-wide, I wanted to see where all the great haunts were and every count down we saw on You-Tube had McKamey Manor in it.

To finalize, McKamey Manor is Not an Haunted Attraction.

We will talk to you soon with more news coming and some cool movies coming down the pipeline.