HAUNT REVIEWS IN DECEMBER, ONLY AT HH365

Welcome back to Halloween Haunts 365.com. After our little break we come back with very cool news. The website has reached over 11,000 views! We consider this an impressive feat in only our first season. A big thank you must be sent out to all our fans who have made this site a success. We will continue to bring you Haunt/Horror information through out the year as we work towards becoming the Top Haunt website.

The one major fact we have learned about the Haunt industry is that weather can ruin everything. Due to a very tight schedule, rain became an issue on our last review night. We were very disappointed we could not make it to Psycho Trail before the weather hit. 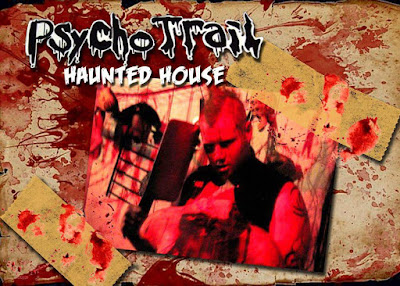 The night was not a total miss though. We were able to walk through the attraction, just with nothing turned on thanks to the rain. But learned a lot of details within the Industry while chatting up the owner on his deck.

While speaking with the owner of Psycho Trail, we learned that he is a former pro haunter turned home haunter. When we asked him why? He pointed at the sky and said that is why. Weather can completely kill a Haunt's night and or year. Some are lucky enough to be fully indoors. But most are on farms or fields. We enjoyed our rainy night at Bloodshed Farms, but with electric and air power everywhere we understand the difficulty of operation on rain nights. Its just one of those things that impacts the entire industry.

On that note, we will not be able to grade Psycho Trail. Would not be fair to judge without seeing the entire attraction in action. Next year, we will begin the scheduling earlier so we can make sure we have room to fit in weather nights. Here are some shots of Psycho Trail in action. Take a look and that will wrap up this review. 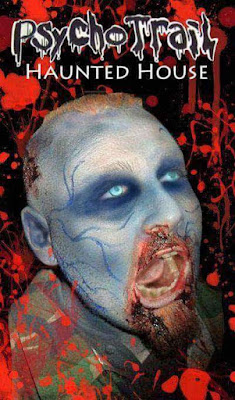 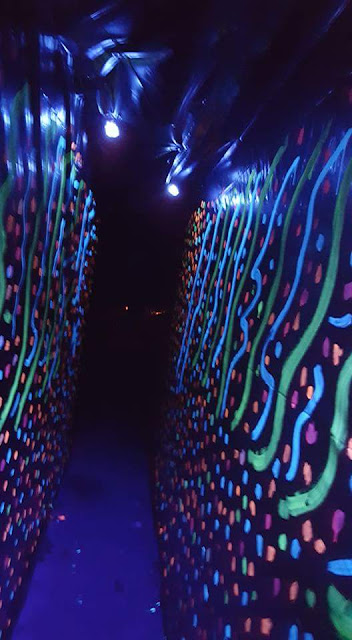 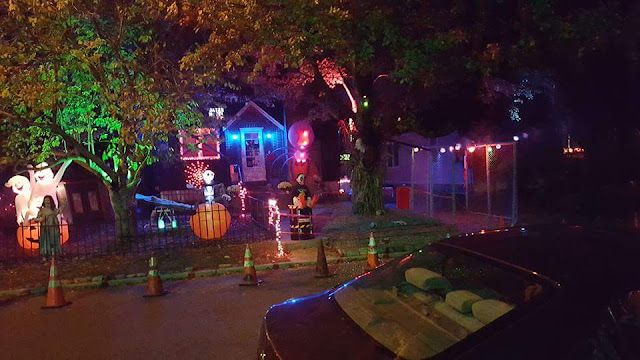 That wraps up this weather hindered review. Stay tuned as we have another Haunt scheduled for December 17th. Yes, you read that correctly. We will be visiting..

Santa's Slay only at Brighton Asylum. We will head up on December 17th at probably the 9pm slot. Stay tuned for other reviews from our Correspondent John. Unless we fire him for taking too long to get his reviews in. He is our HHN correspondent and actually reached a couple Haunts we did not make it to. As soon as HH365 receives these missing reviews we will be sure to post them.

Until next time, Keep it here! Where Haunt Season Never Ends!
Posted by Halloween Haunts 365 at 5:37 PM