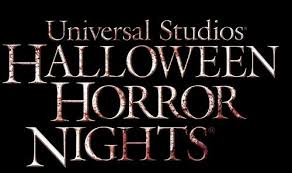 Welcome back to HH365 and Thank you for Reading! Today we go to our Correspondent John who travels down there yearly and always gives us a great reviews from HHN! Let us give it over to John and see what rumors are inbound for the 20202 Season in Orlando!

Today I will be talking about the new and updated info that we have for this year's HHN 30.

This new info so far, has me pretty interested about the events this year if it happens, now let’s get into the updates. Note that theses updates are for the Orlando version of HHN.

So I am going start off with the one Scarezone that we have information on as the rest are unknown at this time. The name of the scarezone is Creepshow.

Creepshow Scarezone is going to be based around the comic book series, the two movies that came out back in the 80’s, and the new show that’s currently out which is produced by Jordan Peele. I am pretty happy that we’re getting this as a scarezone but I know last year at the Hollywood event they used Creepshow as a house. I wonder why Orlando did not want to do it as a house. But regardless of the fact this would be one amazing zone.

Now we are going to get into the updated rumors for the houses,

Billie Eilish- from the info we have, this house is supposed to be Dark and creepy. Billie is going to be a demon all through out the house. Now this house is on the bottom of my list because, just based off that little bit of info we have, I don’t think that it’s going be anything special. This house feels like a cash grab at most.

Universal Monsters- The Brides. So, This is going to be a sequel house to the Universal Monsters house from the past year and the intel we have on this makes me very, very happy. The new info gave us the story behind the house and that is Frankenstein’s Bride is attempting to bring the Monsters back to life using Dracula’s Blood. This is going to be in everyone’s Top 3 houses for this year. I have been hearing some different rumors though. One of the other rumors is that Frankenstein’s Bride is going to be fighting Dracula’s wife’s and the monsters are stuck in the middle of it. I personally like the Idea of Frankenstein’s bride getting Dracula’s blood ideas so I hope they go with that one.

Well, those are just a few of the Rumors we have swirling around the HHN Community. Which will be real? Which ones are made up to throw us off? Only the Official Word will tell us when it comes down. Make sure you check us every day as we have a bunch more rumors and Haunt news to share for what will make as the most interesting season in Haunting in probably forever!