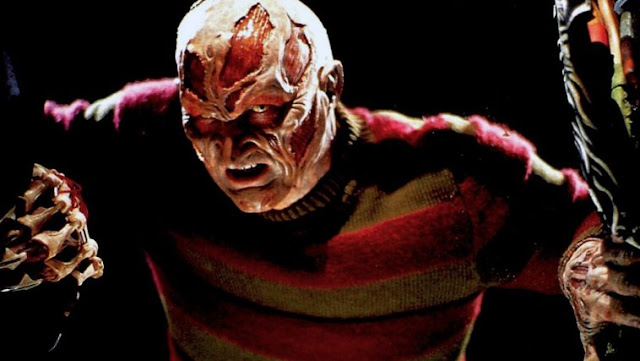 Welcome back to HH365! Today we return back to Fun Facts Friday. Today we look at some fun facts from this gem. Wes Craven's New Nightmare. This was one of the first "Meta" movies that Craven has founded. It is also a cool look into the nightmare Franchise when the Actors have to play them self with things they have actually dealt with. Let us get to the Ten Fun Facts about this movie, we are excited to see and learn more that we probably did not know before.

1. Heather Langenkamp had a stalker in real life, She gave Wes permission to weave it into the story.

2. Freddy in this film is closer that what Wes Craven originally visioned the Character to be. Darker, Less Humor and bigger.

3. The movie has no opening credits to keep it a mystery of what the film was.

4. In the scene where Heather Dials up Robert, The theme from A Nightmare on Elm Street is played with the button pressing.

5. In the scene where Dylan reaches for Heaven. The spaceship he was standing on was purchased by the Actor's father and placed in his backyard.

7. In the final scene, where Dylan stabs Freddy's tongue in the oven, you can hear the famous Psycho Shower music.

8. Heather Langenkamp's Husband in real life turned down the role of himself.

9. All of the footage from the Earthquake that happened in the movie was actual news footage as they were just recently hit with an Earthquake.

10. Dr. Heffner is a nod to Richard Heffner, head of the MPAA. And a real thorn in Wes Craven's film making experience.
Posted by Halloween Haunts 365 at 8:02 AM