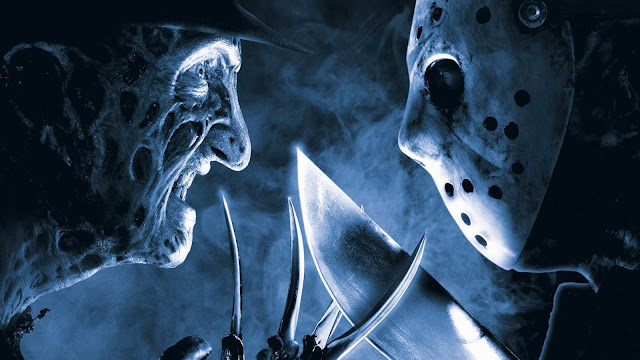 Welcome back everyone to HH365! Today we finalize the Fun Facts for the Nightmare On Elm Street Franchise! It was a long road but we all learned things about the films we never knew before so I have enjoyed bringing that information to your screen! Today we cover one of my closet favorite films, Freddy Vs Jason! Yes, not the best of either Franchise but it is a must watch for me, so let us get to the facts.

1. Betsy Palmer turned down the role to come back as Jason's Mother. She felt that the role was too small for her.

2. This was the first Freddy movie not filmed in the United States. Filmmakers had to hunt for a house that was very close to the Famous 1428 Elm Street.

3. Rob Zombie was offered the Director chair for this film. He turned it down to finish his project House of a Thousand Corpses. This pains me so bad because this could have been Legendary.

4. As a little girl, Monica Keena's Fear of Freddy Krueger was so bad that her Teachers believed she was being abused at home.

5. The Special Effects team used 300 Gallons of fake blood for the movie.

6. New Line Cinema attempted to make this movie in the late 1980's. Just like you heard in the school yards, but they could never reach an agreement with Paramount.

7. One of Robert Englund's Stunt Doubles was Rey Mysterio Jr the famous Wrestler.

8. Gibb is always shown wearing a red baseball hat. This is a reference to Carrie, where PJ Soles character always wore a Red Baseball Hat.

9. Freddy's Boiler Room in the film was not a set. It was an actual Boiler room redressed.

10. Two Stunt Doubles melted their wigs during the Fire Scene at the end.

Well, that wraps up A Nightmare On Elm Street Fun Facts Series. Next up is Halloween. We will start at Halloween II as Halloween was already completed. Make sure you keep it here to HH365! Where Every Day Is Haunt Season!
Posted by Halloween Haunts 365 at 9:49 AM