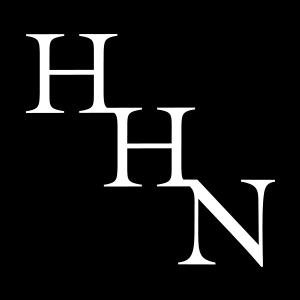 Welcome back to another episode of HH365! Today we get an article in from out Correspondent John about the upcoming Halloween Horror Nights at Universal Orlando. This is the 30th Season they are open and we hope they are looking to go all out as they always do. Let us get it over to John and see what is rumored for 2020!

So the first current rumor is that we’re getting a Bettlejuice house which would be very interesting. It’s been requested at the event now for years and I guess what’s a better time than a anniversary year. I figure this is going to be the comedy/horror house like Ghostbusters from last year. I know for a fact that if this is true the scenes will be beautiful and that this will be one of the fan favorite houses this year.

Next is Universal Monsters: The Bride, Music by Billie Eilish. Now last year’s Universal Monsters House was hands down the best house of the year. Beautiful scenes, best scares, all around this house was amazing. Now this year we’re probably goning to be getting a second one which is really amazing but the one thing that will either ruin it or make it somewhat better is that Billie Eilish is doing the music for this house which no one knows why. I can’t wait for this house because just based off last year, this will most likely be the best house this year.

The Haunting Of Hill House is up next. This house is going to be based off the Netflix show which I haven’t watched yet but I’ve heard many good things about the show. If this is true then I’ll be happy to see how it turns out.

Dungeon of Terror is another rumored house for this year. This was the first ever house at HHN for the first 5 years I believe. I’ve see a few videos of this house on YouTube and just by what I’ve seen this is probably going to be the Anniversary house this year which features all the icons and everything else from the past.

Secret IP- Unsure of what they can do for this but I’ve been hearing either scream, purge, or walking dead.

Pumpkin house- now this is another rumored house that I’m pretty interested in. From what I’ve been reading this house is going to be based on the older icons from back in the day. The only sources of light is going to be the pumpkins guiding you.

Bedtime stories- For this house, I am unsure about because they were supposed to do this house last year but it was under a different name I believe it was called Tooth Fairy. Now, what I’m guessing is that it’s going to be a messed up bedtime story but they actually have a house like that called scary tales. So I’m definitely interested to see what this is all about.

Terra Cruentus-This house has been heavily rumored to come to the event ever since 2015. This house will be about a well know Icon called the Terra queen which returns to HHN every 15 years I believe. I’ve seen a few videos about this icon and if they actually do wind up doing a house it would be very interesting.

Legendary Truth- now if this house is here to come back to HHN I would be very happy. This house is the investigation team behind HHN. There’s a lot of lore behind this house which I’ll do another article about in a future date.

Unknown original- I don’t like to speculate on the originals that much just because it’s really hard to figure out what’s in people’s head.

That was the current updated rumor map for HHN30
Thanks for reading..

Well those are some interesting rumors coming out of Orlando. We have a pretty good track record of predicting the HHN lines up especially last year when we were eight for eight! But, only time will tell. We look forward to see more from John and see what ends up at HHN 30! Well, that is what we have for you today at HH365! Where Every Day Is Haunt Season!