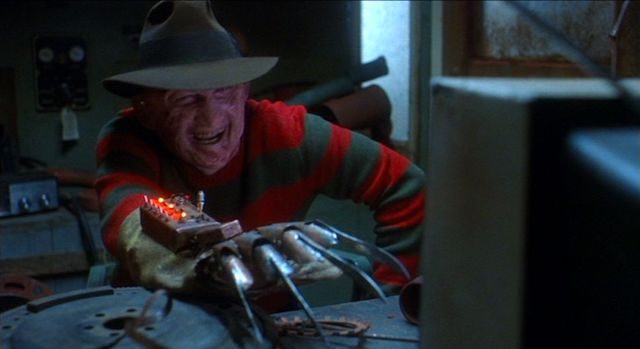 Welcome back to HH365! Today is Friday which means we will find out some pretty fun facts about your favorite Horror Movies. Today, we continue the A Nightmare On Elm Street Franchise. Probably on of my top three movies out of the Franchise. This movie gets a ton of unneeded hate but I enjoy the backstory and the secret Daughter. Let us see what ten facts we have for you today!

1. On September 12th 1991, Los Angeles Declared it Freddy Krueger Day the day before the Film Released.

2. Peter Jackson was originally hired to write the Screenplay. He wrote a draft but it was not used.

4. Rachael Talalay was the first Woman Director for the Franchise and has been involved in every movie in the Franchise.

5. The only film in the Franchise that Freddy does not kill anyone with his famous glove.

6. Robert Englund stated that his Favorite kill in the entire Franchise was Carlos and the exploding head.

8. Nintendo said No to the Power Glove. Robert Shaye told the Director that he did not care that they said no. The Movie boosted the sale out of the real Power Glove so Nintendo never bothered to Sue New Line Cinema.

9. This was the Franchise's Highest Grossing Movie until Freddy Vs Jason.

10. Robert Englund Accidentally really punched Actress Leslie Dean in the face during the fight scene between Freddy and Tracy with his Metal Glove. She needed to go to the Emergency Room and have stitches.
Posted by Halloween Haunts 365 at 8:21 AM