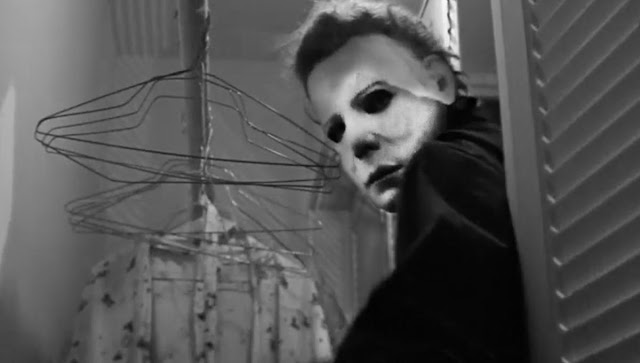 Welcome back to another Monday Horror Movie Franchise Rankings by HH365! Today we will be ranking the Halloween series and this will be a very long article as there are so many movies. I will be doing my best to ensure I do not go on too long on any particular movie to keep the reading level a little lower then it could be. But without further ado, here is our rankings of the Halloween movies. There are 11 movies in the Franchise right now, so we will begin with the worst first. 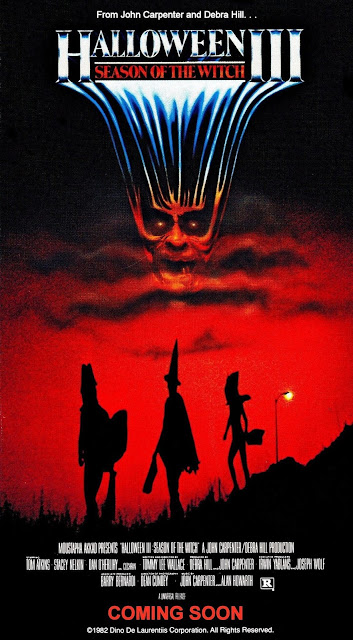 Halloween III Season of the Witch (1982). This movie is easily the worst movie of the franchise because it does not contain the Star of the Franchise. Instead they target a crazy Halloween mask manufacture that has a bunch of masks ready to explode when a certain product shows up on screen. Terrible. They really learned their lesson quickly. The movie does have an odd cult classic following. Lets move on to number 10. 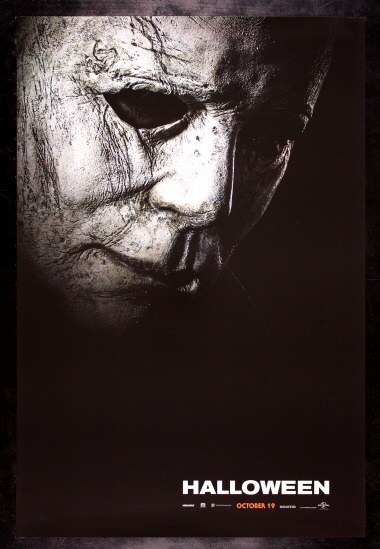 Yes, You read that correctly, the latest Halloween movie is ranked #10 all time. This movie irritated me to no end. A. Keep your political agenda out of my Horror Movies, no on cares. It was not needed. B. Why did they make Laurie this survivalist. If you wanted to remake the sequel and forget the entire story line in place, Fine. But why is she this super killer now. It would have been a fuck ton scarier if she was just a normal housewife and Myers showed up to destroy her. The preparedness ruined the fear factor. Who cares if she is ready for him to come back and then he comes back. This was just a waste of what could have been a great Halloween addition. Complete fumble by all parties. I will just go to number 9. 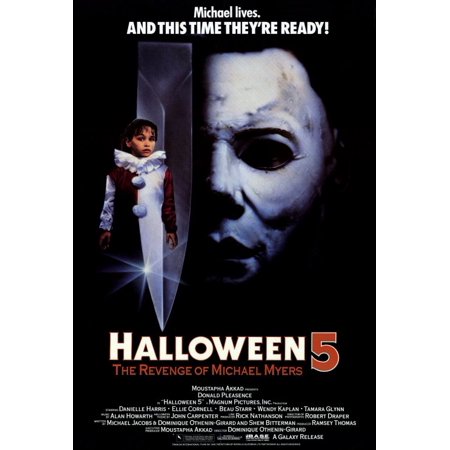 Halloween 5 The Revenge of Michael Myers. This movie did not do good. It was a waste of Danielle Harris as she was a great kid actor in 4 but then they decided to make her a mute through out most of the movie. Then do not get me started on the horrible acting out of the girl who played Tina. A totally not needed character and completely overacted. The movie had some memorable kills and a great job by Dr. Loomis but it was not enough to save this flick. Let us get to number 8. 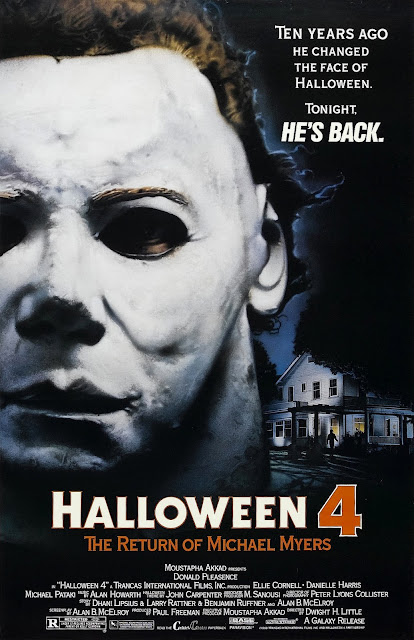 Halloween 4, The Return Of Michael Myers. This movie was a fun ride. Michael Myers was lethal, Danielle Harris starred heavily as a child actor and the rest of the actors were not bad either. It also introduced that Danielle Harris' Character Jamie Lloyd is actually Laurie Strode's Daughter making her Michael Myers Niece. This was a cool twist to the story line and made it a little more interesting. Let us get to number 7. 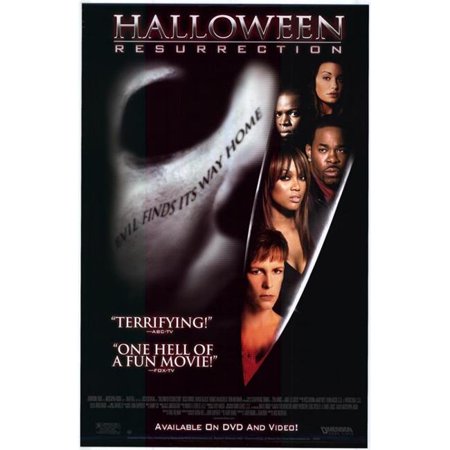 Halloween Resurrection. Yes, you read that correctly. This movie gets a ton of hate just because Busta Rhymes was in it. Who cares. This movie was a lot of fun and Myers was undeniably a killing machine in this movie. Plus, with the internet feature it made it a much different movie then we are used to. Also, the first part of this film actually wraps up the Laurie Strode timeline and has a great opening sequence. It was close for #7 between This film and Halloween 4 but this one was more fun in my opinion. Let us get to number 6. 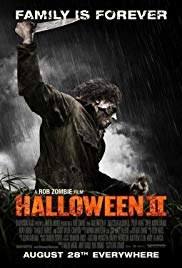 Halloween II (Rob Zombie) (2009) I am so torn on this movie. Michael Myers and Laurie Strode were fantastic but the entire movie really made no sense with the white horse and Myers' Mother in all white. It was a really good movie up until then. I always think this movie should be lower on the list but then I think about the Annie kill and I know this is right where it belongs. As much as the movie makes my head hurt with the weird white horse images, the kills are second to none. Let us move on to number 5. 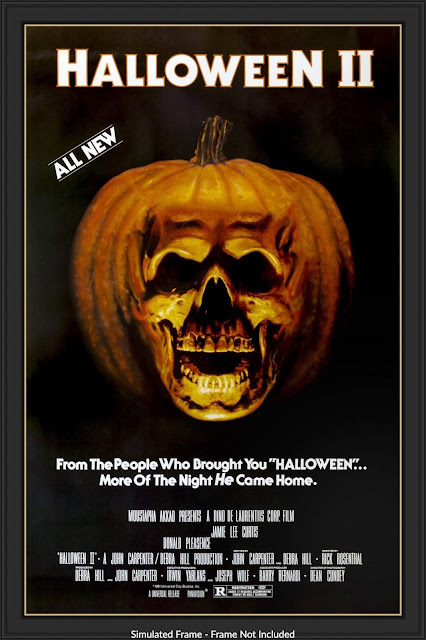 Halloween II (1981).This movie gets a lot of hate too, which I do not understand. This movie is a direct sequel to the original which mainly takes place in the hospital right after Laurie and her friends are terrorized. Great Acting, Great scenes and great kills make this a must watch. It also starts the Sister story line between Laurie and Michael which I enjoyed through the franchise. From the hot tub kill to the giant explosion at the end. Great movie. 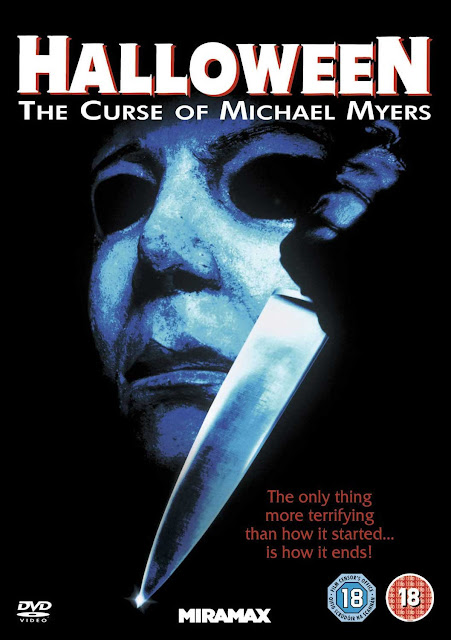 Halloween The Curse Of Michael Myers. This was a fun movie that gets a ton of hate but I loved everything about this movie. An attempt was made to create a back story of what possesses Michael Myers to do what he does. It takes place in a different kind of Haddonfield with Halloween being cancelled finally after so many years of pain and suffrage. That is until the hipster college kids take a stand and want to open it back up so everyone can enjoy Halloween again. Well, as we know, Myers has a lot to say about that with his knife! Lets get to number 3. 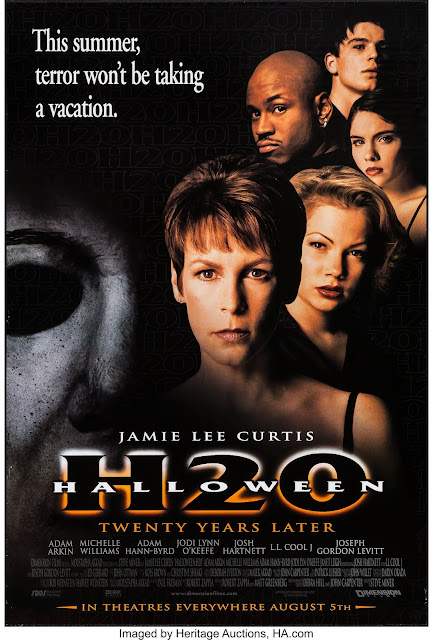 Halloween H20 (1998). What a showdown. f the best scenes shot in this franchise is when Jamie Lee Curtis sees the Shape through the window for the first time in twenty years. Easily one of my favorite scenes in Horror in my lifetime. The story plays out that Laurie Strode went into hiding and had a son. They are both hiding in an upscale private school very secluded and Laurie is the Head Master. It was a fun movie that really used that 90's Horror charm. Let us continue on to number 2. 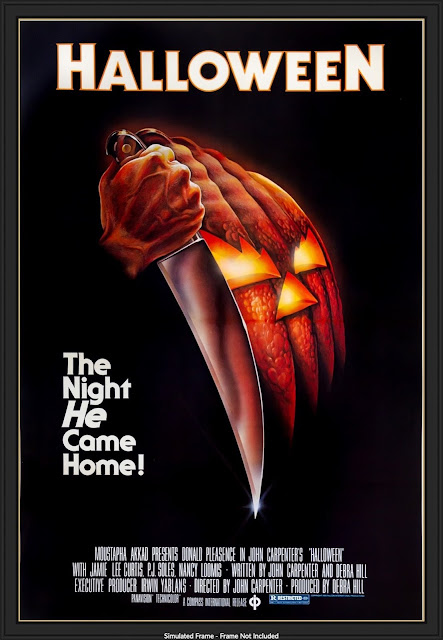 Halloween (1978). What? The original is number two? Yes, Yes it is here at HH365! We will get into that when we show off the number one film. There is not much to say about this film that a ton of people have already said. The movie is Iconic. It is one of the earliest Slasher films of our time and will continue to hold up no matter how old it gets. Halloween and that score will live on forever. Let us start our explaining and go to number 1. 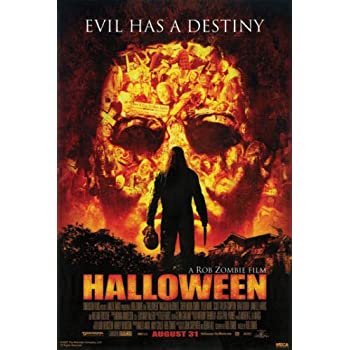 Halloween (2007). This movie was a Masterpiece in my eyes. From beginning to end, I believe this is what Halloween should have always been. There is backstory, there is growing into "The Shape". There is reasons behind the madness. All captured beautifully into one film. The acting was out of this world and the cast was cast perfectly. This is a full on head rush of a Horror Movie. From beginning to end you are the edge of your seat watching the best kills in Franchise History. The Gore, The grittiness. I Love This Film and it will always beat out the original in my eyes.