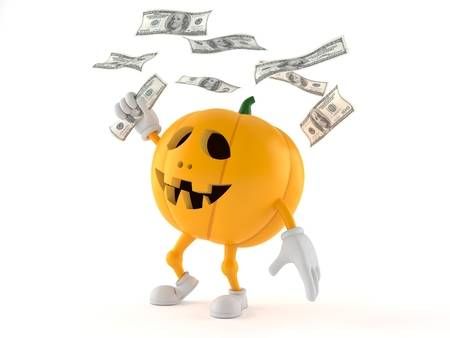 Welcome back to another installment of HH365's guide to Profit and Loss in your Haunted Attractions. Today we will take a peek at your ticket sales and all that is included and how to maximize your profits using a few neat tricks.

There are a couple tricks to the trade when it comes to tickets and pricing. What is the correct price to charge for admission. One tool I have always used was check out the competition. Look for a few Haunts in your area and see what they charge and for what? What kind of show do they bring to the table? Take an honest assessment of your show and see if it lines up with theirs. You obviously want to see if your show holds up to the price of admission. View five to ten Haunted Attractions in your area. Take the Top five prices for the show closest to yours and divide by five to come out with an average and adjust from there. They may have a similar show but their expenses will be different. You need to find the happy medium between Repeat customers and expenses.

Another huge thing to look at is what are you actually selling with the tickets? Sure many Haunts have the general admission price which should cover expenses with a decent profit margin but we also need to look outside of the box on this one. What else can we do to maximize profits? A lot of Haunts also have VIP tickets that will get guests to the front of the line and have a bigger Profit Margin then the General and really have no additional expenses except to manufacture a new line. We have also seen a third kind start up recently. It is more like a backstage pass. This will require some more expense to offer but will generally be cheap to manufacture. This will increase the profit margin big time. What we have seen this include is a behind the scenes look at the Haunt during the day. Then VIP access to the show at night. It may not sell out every night but even if you get one or two a night you are open, its purely profit. It would be essential to have a guide for the day as we know Owners and Builders have enough to do during a day you are going live but all it would cost you would be the Tour Guide who is already on staff and looking for a couple more hours.

This may seem silly, but what does your ticket look like? People are a very Visual Creature. If you are charging fifty dollars we want a nice ticket to go with it. I know it sounds crazy but studies show its true. HH365 being Horror and Haunt freaks have kept every ticket we have been issued from every Haunt we have attended. Nobody wants to pay top dollar and receive a raffle ticket or coin for entry.

That was our information on Tickets and what they mean for your Haunt, Keep it here to HH365! Where Every Day Is Haunt Season!
Posted by Halloween Haunts 365 at 9:57 AM