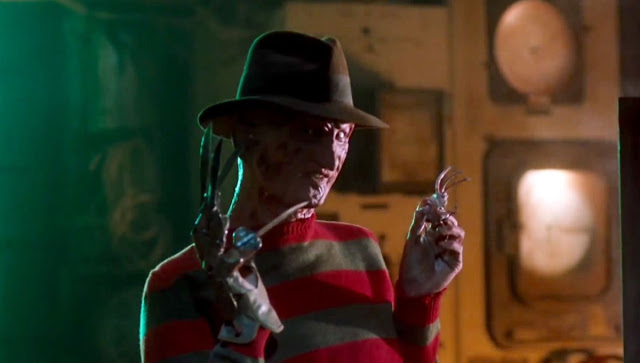 Welcome back to another installment of HH365! Today, we will start a new Monday morning campaign. This segment will take Horror movie franchises and rank them from worst to best. A lot of our favorite horror movies have multiple sequels and this segment will rate all of the movies against them selves to see what movie in the franchise was truly the best. And like what we do at HH365, we start any new segment with our favorite Horror Franchise. You guessed it, A Nightmare On Elm Street. Lets start the show.

A Nightmare on Elm street is technically nine films long. Including one god awful remake that we like to pretend was never made or made in an alternate universe that we do not want to live in. Speaking of the remake, it is ranked number 9 on this list. 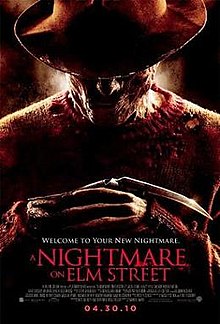 What in God's green earth is this shit. This was a complete abomination to all mankind. I will maybe one day write a full segment on everything wrong with this film but we will just keep it where it is for this segment. Just all out bad. In a time with good remakes such as the Friday the 13th remake which was great and re-watchable, or the Halloween remake by Rob Zombie which may be hands down my favorite Horror movie. Nightmare fans get this piece of crud. Horrible job all around and I wish there were more movies so I could rank it even lower then 9. Let us continue to number 8 as my blood is starting to boil even thinking about this atrocity. 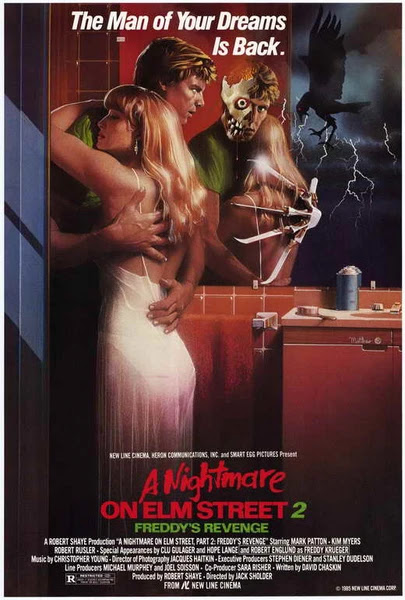 ANOES Part 2, Freddy's Revenge was an interesting movie. It is hard for me to rank it so low because I do enjoy this film and it was an interesting take on Freddy and coming into the real world. I feel however a lot of rules of the franchise were broken in this film, leading it to be lower in our countdown. At one point in the film, Freddy is at a pool party with a bunch of teens and does his job at slaughtering a lot of them. It is a cool premise, but it is still not understood to this day how he came out of the dream world and into the very 80's pool party. Sure, Jessie turned into Freddy so Freddy could be reborn? A lot of questions and a whole lot that did not make sense and was never wrapped up, this happens in Horror when certain execs just want a sequel for the money crunching. This is not as bad as the remake and had some very good scenes but the story just never really ties into the Franchise. Let us head to number 7. 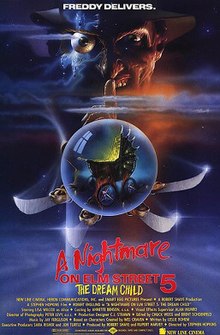 Nightmare 5, The Dream Child follows right after 4 correctly. The Final Girl Alice is back and was very Naughty. She ends up getting knocked up in the opening scene and gives Freddy an angle to get back to Elm Street. This was a fun movie with a lot of great nightmare scenes. From turning into a crazy Super Freddy to diving into a horrible pool mid dive. This follows the story line pretty well and gives a decent amount of back round story for our Villain. Let us continue to number 6. 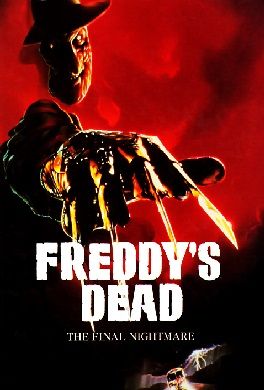 Freddy's Dead, The Final Nightmare. It may not be the best movie ever made and a lot of the acting is suspect but this movie delivers over and over again. I am a huge fan of backstory when it comes to franchises and this movie delivers one that is unmatched in any other horror movie franchise. You get to see a detailed path of the Horror that is Freddy Krueger. From a young child to his hobby growing. Haters really like to crap all over this film, but this film has so much more to add to the character we have been following for a decade at this point. It really adds to the why and not just more gore. This is a must watch for any Freddy Freak. Let us get to number 5. 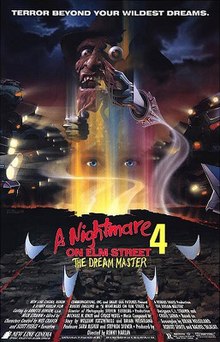 ANOES 4 The Dream Master. This was an intriguing film. There were quite a few survivors from number three and the movie starts out with 2 and a half of them. Kristen was re casted for number 4 as Patricia Arquette was done with making horror movies or whatever her excuse then was. This follows as Kristen is finally tracked down by Freddy and murdered by fire. Before Kristen is killed, she transfers the power of bringing people into dreams to her shy friend Alice so now she can have help in dreams. The story is more then Freddy chasing kids. You get to watch Alice grow into a Final Girl instead of her just being the strong willed and brainy teen we are used to. At the start of the film, she is very shy and meek. Very weak and kind of an airhead. As the movie goes on and she loses friend after friend. Alice really grows into a Bad Ass Bitch and is done with Kruger taking from her and is ready to stop it. It was a different look into the final girl and we really enjoyed it. Let us move on to number 4. 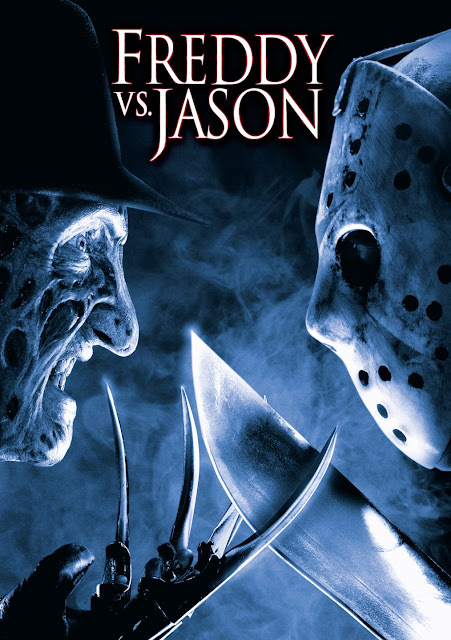 Freddy VS Jason. Robert Englund really took the reigns of this film and made it happen. It may be the worst idea with this script after looking through a few others but Robert Englund did not care and made this Freddy worth watching through any terrible acting. It was a cool idea about how elm street managed to forget about Freddy making him weak, so then he looks through hell to find someone similar to wreck havoc on the kids of Elm Street. Freddy shined heavily in this role and who does not love the half hour fight scene at the end. It may be because I waited close to twenty years for this movie to come out and it was the most talked about idea in the school yard across america. But to me, this movie delivered hard. It was easily my Favorite Robert Englund performance as Freddy. Let us get to number 3. 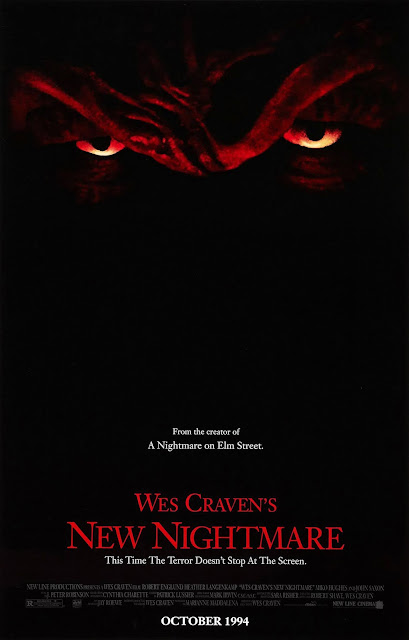 Wes Craven's New Nightmare. Heather is back as Nancy. Robert is back as a different kind of Freddy and himself. Wes Craven even has a role of him self in this movie. This movie is the introduction to Meta Horror. This movie is about if Freddy Krueger was more then a man but a legend that finds him self at home among the stars that played in the first film. This movie was great from start to finish and is always a fun watch. My only issue with this movie is with Freddy Krueger's design and glove. I think we could have left him as regular Freddy and still had a better impact then the new one but we do completely understand why Craven went this way. It really helped the story but nightmare fans hate change. This is a must see for even the lowest fan of Horror. Let us roll on to number two. 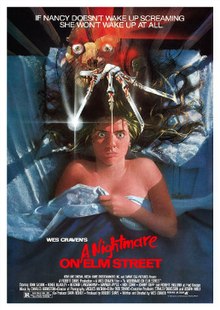 The original 1984, A Nightmare On Elm Street. We have covered this movie a lot and we are just going to keep it simple here because if you have not seen this movie, you probably are on the wrong website. The classic fight between Nancy and Freddy will always go down in cinema History as one of the greatest battles of Horror. Freddy is terrifying in this movie and really does not start the humor until the later films to keep the scary intact through out this film. This is Wes Craven's greatest achievement second only to Scream. Let us go to our number one ANOES film of the franchise. 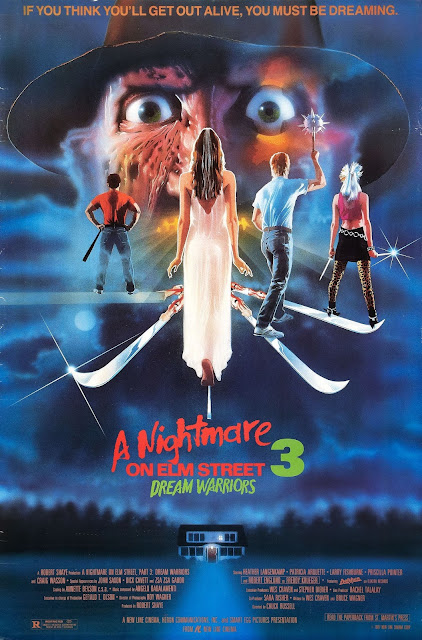 A Nightmare On Elm Street part 3. Dream Warriors. This is my all time ANOES film. This movie has it all. Jumps, Scares and Humor. A great cast of characters and a great script brought this movie to the fore front. After this movie released, Freddy Krueger was a World Wide Phenomenon that is still going strong to this day. This movie put ANOES films on the map and made the world change. You could not go anywhere without seeing Freddy gloves, shirts, hats, mugs anything everywhere! Robert Englund really made Freddy his own with this film. Then you add Dokken for the soundtrack and boom, Freddy Krueger is even on MTV. He was doing talk shows! This is a much watch film for the series. When I sit down to watch the Franchise once or twice a year, this is the film I look forward to. It is the perfect Horror movie for one of the best Horror Franchises out there.

All rights reserved for the borrowed artwork. We believe New Line Cinema owns all of them so they get all the credit. We wanted to use the official movie pictures for each one to bring back the nostalgia. They own them, we do not!

Well, we hope you enjoyed out rankings of ANOES film series. Let us know your thoughts or mainly with this list, how you disagree. We are sure we pissed off a lot of "Film Buffs" off with this ranking but hey, This is how I see the world of A Nightmare On Elm Street Series. Next Monday we will continue this tradition until we run out of franchises to do. If you have a franchise you want our interesting eye to rank, feel free to contact us and we can do it! Until Next time! Keep it here to HH365! Where Every Day Is Haunt Season.
Posted by Halloween Haunts 365 at 8:27 AM