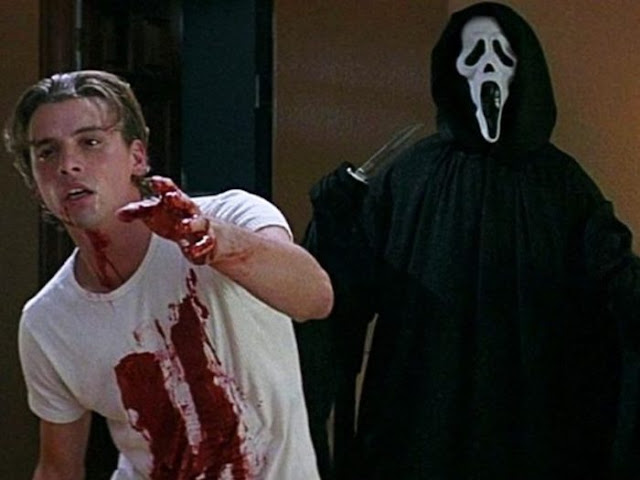 Welcome back to the next installment on HH365. The continuation of our segment Movies VS Reality. As you guessed from the top art we borrowed from a website that did not have info on where it came from. Scream was based on sort of a true story. Like we mentioned in our first article for this segment, Most movies are based on true events. Scream being another one.

Scream was not based on true events however an incident regarding a Serial Killer that preyed on College students in the beginning of the 1990's the writer said was the inspiration for the script "Scary Movie". This script written in one weekend became the Legendary Wes Craven film and Franchise. Lets get to the inspiration of Scream. One of my all time favorite movies.

This story was inspired by Serial Killer Danny Rolling "The Gainesville Ripper".  Danny Rolling was a Serial Killer that murdered five students in Gainesville Florida over four days in August 1990. Rollins murdered the young adults and then mutilated the bodies including decapitating one and using mirrors to pose the bodies. Rolling pulled this off with a knife similar to the one our anti-hero ghostface uses in the scream movies. By the time Rolling was done he would amass eight murders and multiple robberies and rapes. Rolling was caught and sentenced to the Death Penalty in 1994. Rolling was then executed by lethal injection in 2006.

As you can see, not at all the same story that became Scream. But, inspiration can turn a horrible situation into a movie that entertains millions. Scream was more of a murder mystery or revenge film. After reading this article, you can now see why Stu and Billy gutted Casey like a fish and sent this movie to the upper echelon of Horror. Inspiration does not always have to follow word for word. In the case of scream it was not even close, but the inspiration made for a great movie.

That's what we have on Movies Vs Reality this time. Hope you enjoyed it and come back for more at HH365, Where Every Day Is Haunt Season!
Posted by Halloween Haunts 365 at 8:52 AM