In Memory Of Sig Haig 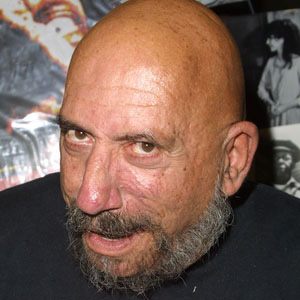 Welcome back to HH365! Earlier this week we all received the very sad news of the passing of actor Sid Haig.

It always sucks to wake up to the news of a Horror Icon passing away over night. Sid Haig had a comprehensive career that spanned many decades. Most basic Horror fans will only notice him as the legendary Captain Spaulding. A character that only Sid could play. He joined Rob Zombie for the his directorial debut, House of a 1000 Corpses. Sid played Captain Spaulding, owner of a crazy off road attraction that also sold chicken and gas. Not to mention, the murder ride. Speaking of the murder ride, part of the House of  1000 Corpses' walk through at HHN this year, has a verison of the Murder Ride. Sid Haig played Captain Spaulding in three films for Rob Zombie.

What a lot of people do not realize, is that Sid has been active since the 1960's. He has filmed more then 60 movies since 1960 and about 25 television shows. That is one hell of a career for an actor considering he even decided to retire in 1992 as he was mainly being cast to be big and dumb characters every time he received an offer. Thankfully for us, he decided to make a come back and in 2003 came to work for Rob Zombie to create one Iconic Clown!  This has been our tribute to one of our favorite actors in recent horror! He will be missed and our condolences go out to his family, friends and fans. RIP Sid!

Keep it here as we have a hell of a lot of Haunt reviews left including BOTH HHN. Yes, we have a review coming from Hollywood and Orlando and we were recently invited to The Queen Mary Dark Harbor 2019! Make sure to check us out every day at HH365! Where Every Day Is Haunt Season!
Posted by Halloween Haunts 365 at 8:28 AM