The Brigantine Castle Is Making A Comeback...Sort Of.... 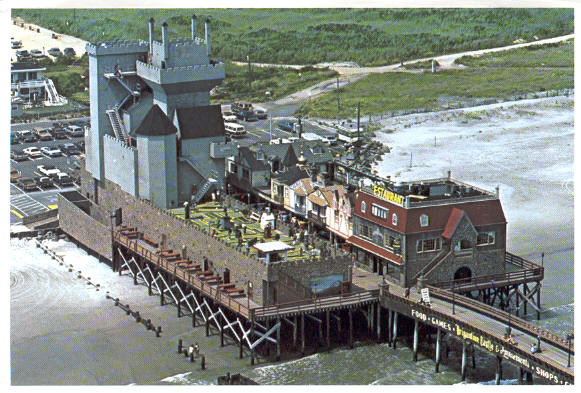 Welcome Back everyone to another entry from Halloween Haunts 365. We recently received a YouTube video saying the Brigantine Asylum is making a different kind of comeback. Picture above is from darkinthepark.com. A website devoted to the famed Haunted Attraction that used to stand on a pier in Brigantine, NJ.

The Brigantine Castle was opened to the public on Memorial Day Weekend in 1976. The Amusement was a complete success early on. Bringing in one million visitors a year through its doors. This also was not the perfect situation for the Castle as well as Brigantine is a very small shore town and was not built to handle the traffic coming from Philly, New York and all over the east coast to enjoy the castle. Local homeowners were very concerned with the Castle and what it brought to the quiet town. Many complaints were filled for visitors using home owners yards and such as toilets and constantly bothering residents to use their bathrooms. This lead the City to create ordinances to limit shuttle traffic and advertising for the Castle that really hit the Castle and its attendance. There was a ton of reasons for the closing of the Brigantine Castle but the next two were the direct reason the Castle is no more.
1. An August storm cause over $500,000 worth of damage to the pier and castle.
2. The stricter regulations that arose from the devastating and fatal fire at the Great Adventure attraction in 1984. This would cost even more money.

When the Federal Government refused to pay the Flood Insurance the Castle had in full, it was time to shut the doors since attendance fell off horribly. The Castle and all of its attractions including the Brigantine Asylum came to a close in 1984. The owners were able to finally sell the pier for one million dollars in 1987. Ironically, when demolition was to start from the new owners. The Pier mysteriously and ironically burnt to the pilings. Some pilings you can still see today at the end of the newer Sea Wall.

With the Upcoming 2019 Haunt Season. Creepyworld 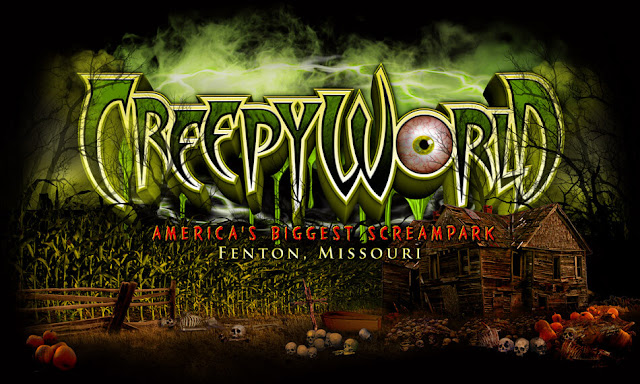 America's Biggest Screampark in Fenton, Missouri announced that their newest attraction is The Brigantine Asylum. I think it is outstanding that this Haunt chose to bring back some of the past. With the Brigantine Castle being opened in 1976, it makes it one of the first major Haunted Attractions really ever. For a Haunted Attraction to realize the importance of remembering its Fore Fathers is awesome! Great Job Creepyworld! You can check out more of the info at www.creepyworld.com We borrowed their banner to show you how neat this place is and we really want to check it out if possible.
Looks Outstanding!

This was a cool article for us to write. One of my earliest memories were going to the beach and looking over at the Giant Castle that was just sitting over the Beach and Ocean. I was to young to enter but I will always remember seeing it when I was little.

That's all we have for you today, come back tomorrow, Who knows where we will end up next.
Posted by Halloween Haunts 365 at 9:59 AM