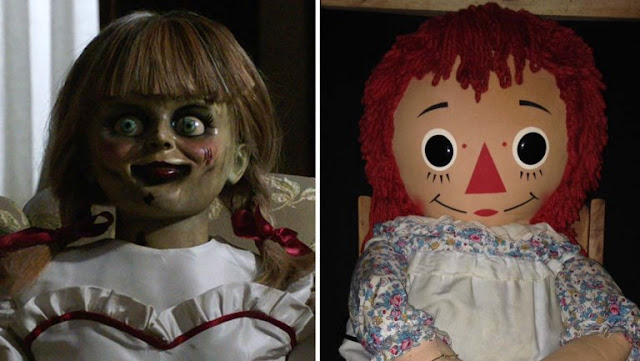 Today we will take a dive into the Annabelle franchise. A ton of people have enjoyed this saga brought to us recently by more stories from The Warrens. Their tales of their research has brought us an entire Universe of films including both Conjurings, Annabelle, and The Nun. With more of the universe coming our way lets take a look at the inside story of Annabelle.

Annabelle started as a haunted Raggedy Ann doll given to a Nursing Student in 1968. The Nursing student said that the doll started to act strangely, and that a psychic medium told the student that the doll was inhabited by the spirit of a dead girl named "Annabelle". The student and her roommates tried to accept and nurture the possessed doll but the doll started to exhibit malicious and frightening behavior.

It was at this point that The Warrens say that they were first contacted by the scared young adults. After investigating, The Warrens pulled the doll from the owners and placed it in their museum after deeming it "Demonically Possessed." The doll is now kept at The Warrens Occult Museum under lock and key. This room is supposedly blessed once a week to keep the bad spirits at bay. 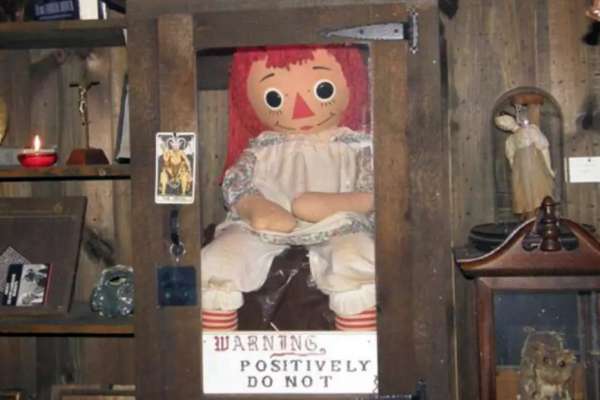 Believe it or not, here is the real Annabelle doll under its lock down.

We can see how the movie needed to make this doll scarier to entice the crowd and add effects. The movies were highly dramatized as the original story would not have made for what we have today. Between cults transferring their spirits to a doll after a Manson-style murder to a young child of a doll maker being run over by a giant truck. The movies really had to take liberties to make this more appealing to the audience.  Its funny, a true haunted doll had to be dramatized but a real Psycho like Ed Gein, a real person, didn't need any Hollywood story telling to capture what he had really done. With that being said. When you see Based on a True Story. It is usually just a fact or two with an entire script or book written around it.

That is all for today everyone! Keep it here at HH365! Where every day is Haunt Season!