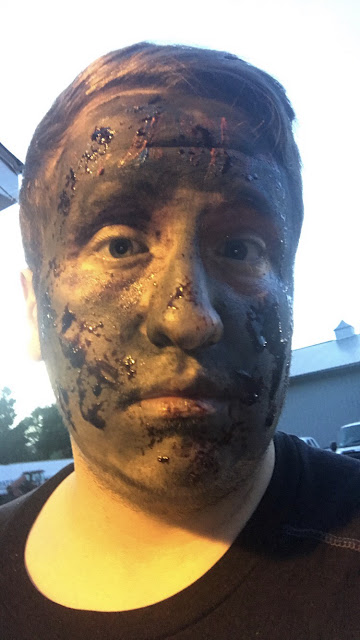 Welcome back to HH365.com. Today we will continue our deep looks into Haunted Attraction by starting some Haunt Actor Interviews. Let us take a peek into what really goes into scaring the literally pee out of some Haunt guests. Lets start the interview.

What made you decide to start Acting in a Haunt?

The reason I decided to start working as a Scare-Actor is the fact that I always wanted to open up my own haunt. I’ve been going to haunts since I was about 7 years old and that’s where I decided that I wanted and needed to work and possibly one day start my own haunt.

What is the best part of Haunt Acting?

The best part of be a Scare-Actor is the experience of it all. Everything from the make-up,costume,the people you work with who eventually become your second Family,and finally seeing the reactions on the customers faces after you do your bit.

What is the toughest part of Haunt Acting?

How long have you been acting in Haunts?

I’ve been acting from 2012-2017. So that’s a long 5 years. I took the 2018 season off so I could go out and experience different kinds of haunts all across the states.

How many Haunts have you acted in?

I’ve acted in the same haunt for my whole haunt career. The name of the place was C.Casola Farms in Marlboro NJ. It had 4 different attractions, and I was manly in the haunted woods which is your basic trail, and then if I had time I would jump on the Hayride for a little bit and then go back to the haunted woods.

How long have you been acting?

I’ve been acting since 2012 but I am trying to get back into it this year.

What Haunt are you working at right now?

I’m currently not working at a haunt now. This season I’m trying to get into a new haunt that they open by my house.

What do you bring to your Haunt specifically?

I was always the person coming up with new ideas on to scare the customers, change the scenes up, and also come up with new characters for my haunt. I was also the one that came up with a few scenes in some of the attractions.

Do you play a certain Character?

My Character’s name is SHIM. The back story to SHIM is that when he was born he was born like a Barbie doll and everyone would always make fun of im including his family. So one day a group of kids were bullying him and by mistake they pushed him off a cliff behind the school. Now Shim never did die. Shim is now a complete psychopath and will Kill anyone who goes near his shed in the haunted woods.
Where do you want Haunt Acting to take you?