100th Episode. Something Different. Atlantic City. My Hometown with a Ghostly Past 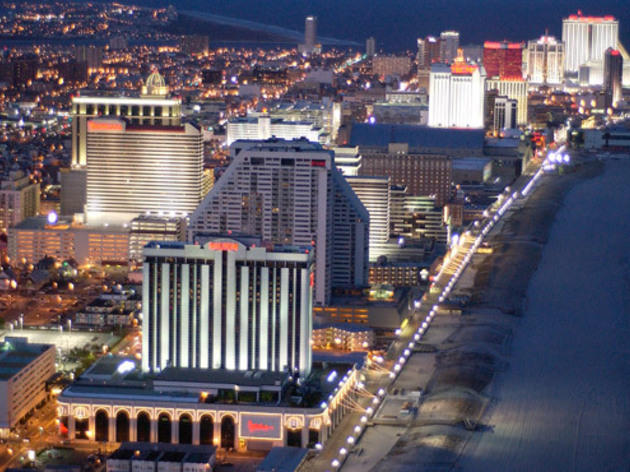 Welcome back everyone to HH365. Today we will take a look at some of the crazy and bizarre happenings of my home town, Atlantic City. There are a ton of stories coming from the rich history of this very small shore town. We will cover a few here and maybe more later. Some fun facts and history, some ghosts and a bloody past. Atlantic City will take more then this post to capture the intrigue of this city. Lets get into it.

Atlantic City was formed in 1853, when the first beach hotel The Belloe House opened. It was fully incorporated 1854 when the Camden and Atlantic Train line began. The same year, the historical Absecon Lighthouse was built as a result of the sinking of the Powhattan that saw 311 passengers and crew perish. To add to our story, The Absecon Lighthouse is also on the National Registry for Haunted Locations in the country.

Lets Continue. By 1874, about 500,000 people per year were coming into Atlantic City by Rail. The city's own Dr. Johnathan Pitney tried to develop Atlantic City into a healing town. Using the salt air and sea water to help people heal and rest from the city life. To think of what the city has been and has become really makes me laugh at the "Healing City" Lets fast forward to the interesting stuff.

We all know the Mob has always had a hand in Atlantic City. From the beginning and in the 80's and yes even today. Here are some fun facts that Boardwalk Empire did not show you.

1. Al Capone visited a ton of speak easys in Atlantic City. Atlantic City's location made it the best port to bootleg the then illegal alcohol. Not to mention that good ol ACPD was in Atlantic City Boss Nucky Johnsons pocket. So, if you are ever at the Irish Pub down by resorts. There is a good chance that Al Capone walked through that building. There are rumors a few of the casinos today are haunted by Capone. But I find this hard to handle because he is apparently Haunting Eastern State Penitentiary, Alcatraz and a few other dozen places. I am not expert on Ghosts but that is a lot of moving around. People only say this because some of the bodies of the old hotels were used for some of the casinos. But one interesting facts is that the building Nucky Johnson lived in. Still stands today. He leased the entire 9th floor of the Ritz Carlton.

2. The modern day Mob was formed in AC. Not NY, Not Philly, not even Vegas. Lucky Luciano held the Atlantic City Conference where they introduced The Commission and the Five Families.

3. Atlantic City is the inspiration for the board game Monopoly during the depression.

4. Boardwalk Hall, formally Atlantic City Convention Center has the worlds largest musical instrument. A Giant Pipe Organ with 33,000 pipes. Also the loudest instrument in the world. AC convention center is also rumored to be Haunted by many different spirits. I always heard Judy Garland but again like Capone, she is busy haunting thousands of theaters every where.

5. Atlantic City is home to the first Boardwalk. Surprisingly, I have only heard a few nut jobs talking about ghosts on the boardwalk. But! Next to the boardwalk on the beach. That whole coasts is up to its brim in paranormal activity. They have lost an uncountable amount of ships in the Atlantic. And a fuck ton of spirits have been reported along the entire jersey shore. With some of these fun facts, lets look into the darker side of AC.

There is massive blood sweat and tears across the entire city. Everywhere you turn has the chance to be haunted. With the blood soaked past present and future, I am shocked that there isn't more sightings and every inch of concrete has a story to tell.

The Tropicana is reportedly Haunted with the Ghost of Harry Houdini. Harry Houdini performed a lot in Atlantic City. What a lot of people don't know is that Houdini was obsessed with the occult. Mainly the afterlife. Houdini tried to reach out to spirits every day. He would do countless seances inside the hotel that became part of the Tropicana Hotel.

Well there was a HH365 kind of look into one of the craziest ghostly towns of all time. This was our 100th Episode! I really cant believe we hit 100 episodes. Thank you all for all of your support as we continue to grow.