Welcome back everyone to this special installment of HH365! This episode we will cover The Halloween Show and Haunt Convention we were invited to attend by the Awesome Creators of this Outstanding Event!

We want to send a Huge Thank you out to the responsible parties as we had a full on blast! This show was a really good thing for the Haunt Community as a whole. Not only did it bring out a lot of the local Haunt Owners, but also really had something for everyone.

The biggest thing we noticed was this was not just for Haunt fans, They were able to make this show for everyone. We noticed a ton of people with no Haunt knowledge or experience having a great time being surrounded by the Halloween element. With the timing being very close to Midway to Halloween, we noticed that it really got the average human very excited for the upcoming Halloween/Haunt season.

With tables, game and even an escape room parked out side we really got to see everyone in attendance have a great time!

Now lets get into what we saw at the show so you can make sure you do not miss the next one.

The first setup we saw was a set by Nevermore Productions. As you can see in the pics below, they do an amazing job with Props and Decor. We really enjoyed this setup and saw some awesome things we would like to see in our favorite Haunts. 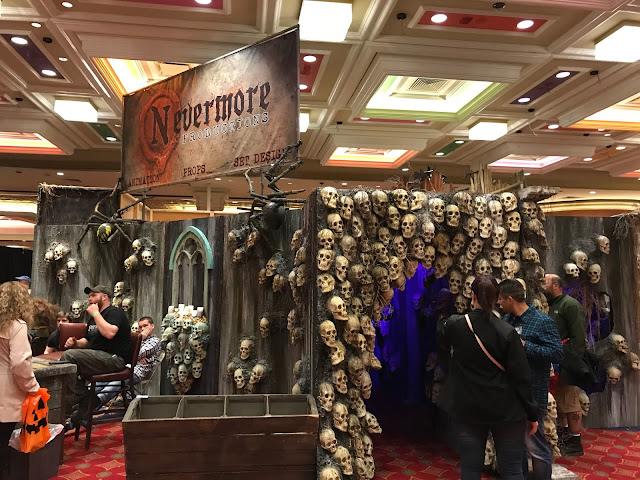 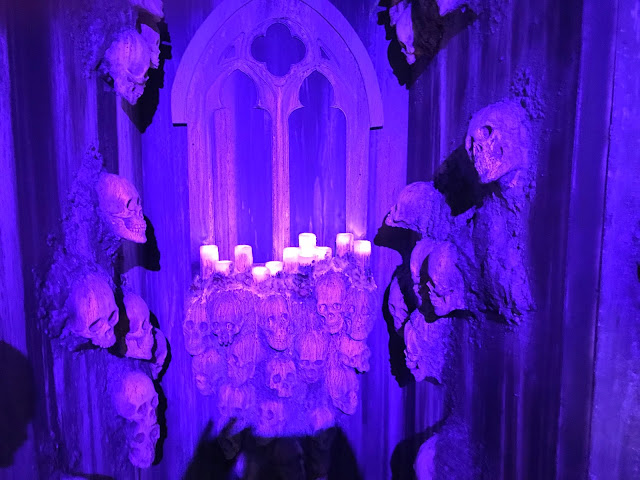 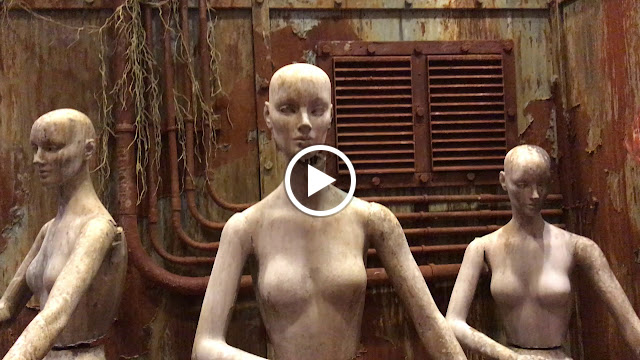 Very Creepy stuff out of Nevermore Productions at this show. Next up was from Creepy Collection. A Nice setup with a ton of Creepy Props and Dolls, perfect for any Haunted Attraction or Office if you live like I do. 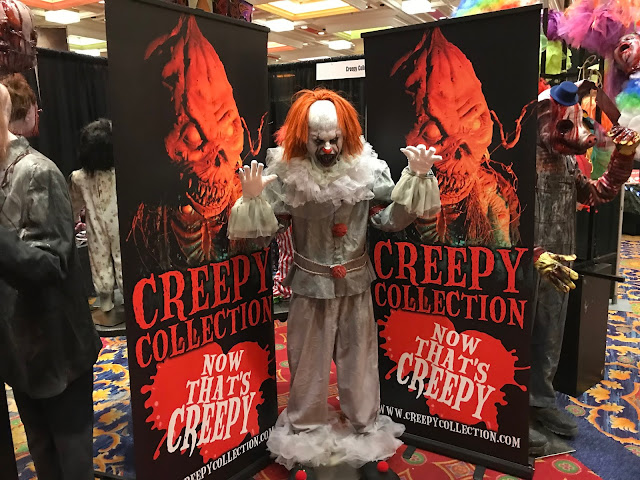 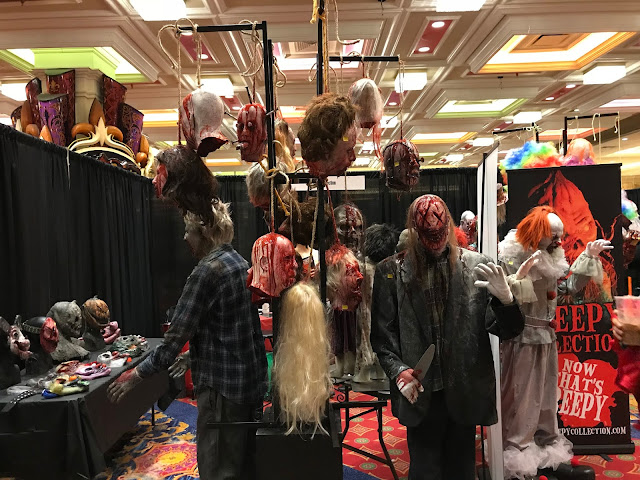 Amazing things happening at Creepy Collection as you can see. Next up we visited our friends at Bloodshed Farms. They had the Camper Escape room parked right outside and we got to watch a lot of victims nearly break through the walls of the camper as they were trying to escape. We did not take any videos or pics of the camper as we did not want to help people cheat by giving away clues. Also, Bloodshed Farms is adding a 5 minute escape room to their attraction as well as a brand new carnival game. This game is tough but extremely entertaining. As you can see in the pics and movies below, this game is quite the challenge. 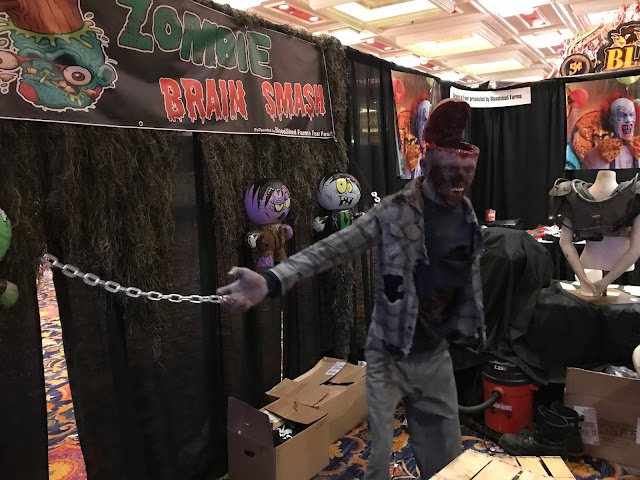 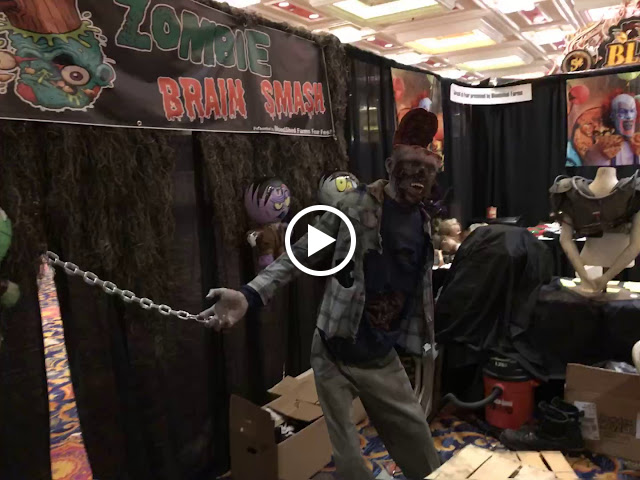 This Convention really had everything. From Psychics to Ghost Hunters, which we will be taking advantage of coming soon. We will get into more detail about that in another post. Also, to keep the kids/adults entertained who may not be totally into Halloween they had full on Arcade and Console Video games set up and completely free to play! 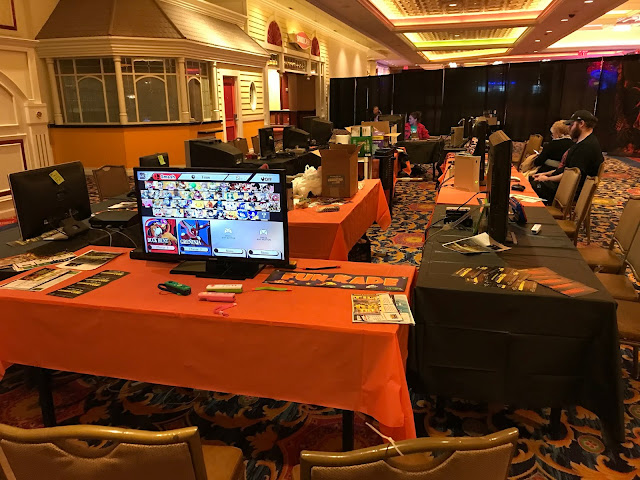 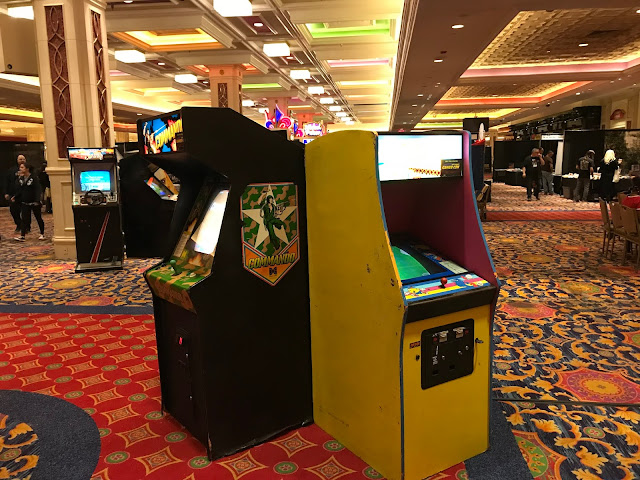 Of course I had to stop and play on the Simpsons Video game. Its been at least 20 years since I have even seen it so it was going down!

This event really brought a great community together. Tons of Vendors and Setups, Hours of fun to be had by even the most casual Haunt Enthusiast. We double enjoyed it because we were able to hang out with some of the awesome people and friends we have made through out the 3 years this site has been going. Also meeting new friends and contacts that will enable us to bring you even more Content year after year. We enjoyed this so much we wish we could have more to attend!

We have to give a huge SHOUT OUT to Rob and his team. Amazing all around job.

Now, as we look at the Calendar, we notice that it is getting to be about that time we start our initial reach out to the area Haunts and start working on our schedule for 2018. We really cannot believe it is already that time. Our next episode will contain our Yearly Whats New segment. We have some interesting changes and improvements from our favorite haunts to share and get people excited for the 2018 season!

Until Next time, Keep it here at Halloween Haunts 365.com