How important are Movie Scores when it comes to Horror? 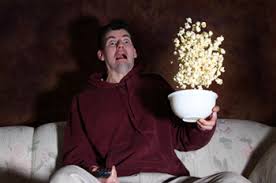 Welcome back to the next installment of HH365! Today we will take a look at one of the most underlooked aspect of most Horror Movies. The musical Score. And really how important it is and how it is used and how just a Score alone can become the Villain. All rights are reserved and all of the media used are owned from the Studios they came from. We will be going heavy in the examples so I just wanted to add this disclaimer right away. Let us get into the article!

If you look back on your favorite movies, I am sure you can remember most scores and songs that were in that movie. To go non-Horror for a moment, I look at most of the popular Martin Scorsese films and really when I hear songs when I am driving or in other movies, it always brings me back to "Goodfellas", "The Irishman" or "Casino" among many other films. Scorsese always does a great job in using the right song or theme at the right time. Outside of Horror he is easily one of my favorite Directors. But, this is a Haunt and Horror site so lets hope into Horror.

Horror Scores really help drive home jump scares. The sound of the music or the high pitched violin right when a cat jumps out of a cupboard. The sound really intensifies which drives the chord in your brain that really helps put the viewer on edge during any scene. The biggest example of this was from Steven Spielberg's Jaws from 1975. Spielberg is another Director that really makes drama happen with a score. but in the case of Jaws and most movies, The Director really has little to do with it. In the case of Jaws, John Williams the Composer was able to create an entire Villain without even seeing the shark on screen. Take a look below, amazing score for this great film.
I could spend and entire Month on John Williams in every crazy good score he has produced so let us get into the Slasher Genre. The biggest name in Horror Score and Soundtrack in my opinion. John Carpenter. Yes, The man behind Michael Myers and the Legendary Halloween Score and Soundtrack.
Just Wow! Everyone that reads this site knows that I am a Freddy Krueger guy. But when it comes to the Genre, Halloween 1978 will be one of my all time favorite movies because of the score alone. Just listen. The score brings this entire movie to life. There is a rumor floating around a couple podcast with "inside"? information that when they did the test screening of the film without the finished Score, the crowd absolutely hated this film. But after Carpenter finished the score and added it to the film. Instant Icon. We can not say for sure that Michael Myers would have stood the test of time without John Carpenter and the outstanding score. It gave Michael life and really shook us to the core. Every time I hear this song at a Haunt in the back round, I will not be more then a few days away from watching one of the Halloween films.

Another instance that helped a movie was the Friday the 13th Franchise. You know, The highly debated "ch ch ch ch, ha ha ha"
Just two sound effects brought together and you have a Villain and know when he is about to finally catch some prey. Just listen to how creepy that is. Horrifying. But really, just another case where when we hear this outside of watching the films, It brings us right back to Friday the 13th Franchise. Incredible how audible sounds brings us right back to our favorite things.

The last example for the main stream slasher movies. A Nightmare on Elm Street.  Wes Craven and Charles Bernstein really brought the pain and the creeps with this film. from the opening scenes of many nightmare films to the girls jumping ropes. It really feels like you are in Dream Land.
Just the opening Piano brings me right to Elm Street and has for close to 40 years. But let us not forget the Ultra Creepy jump rope. The Freddy Anthem as you will.
What other Horror Icon has his own Anthem. None. Just to show you who the real Slasher star is. No Favoritism there.

With these examples and so many more to go through like "The Exorcist". "Texas Chainsaw Massacre" and so many others. It is safe to say that the Score and music in Horror is not just important but as important as the Actors and characters developed. I believe not only is it Vital but it is the most Important part of any Horror Movie. You can design the scariest most inhumane killer of all time, but it will never see the success without the proper score. That third wall to really break in to you mind. It is everything in horror.

That is all we have for you today, we hope you enjoyed the insight to something a lot of people really never notice is the piece that soundtrack and score play in a movie. Well, keep it here to HH365! Where Every Day Is Haunt Season.