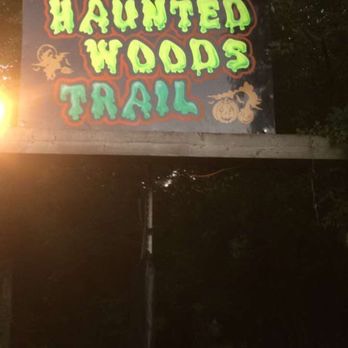 Welcome back to the next installment of HH365.com. Today we will do the first installment of Inside The Haunt. This segment is written by John Morris. He is a Haunt Actor and Fan. He has been helping us with reviews since we first started the page four years ago. Let's get to his segment.

Today I’m going to give you guys some insights and tips on working at a Haunted Attraction.

A little background on my Haunt career. I been working at a local haunt for maybe 6 years now, I have also been attending different haunts for over 10 years traveling to many different cities, and states.

For this first segment I’m going to give you guys the basic day of a haunt actor.


My day would start at 3 pm at the farm, helping the staff add finishing touches to anything that needs it, cleaning up after the night before, and getting some food. Then around 5, I would have to start getting into my costume and sit in the makeup chair for about 50 minutes.

After makeup and adding finishing touches to my makeup and costume I would also help doing the make up for the rest of the actors, before we knew it, it was 7 pm.  It was time to get into our attractions and different scenes.

As the night goes on my life gets busier and busier. I am running around screaming at people in my attraction and also running to the haunted hayride to help out over there because what haunted hayride attraction isn’t usually short on actors.

Before I know it is 12:30 am and the night was done. After we left our attractions we would go change and clock out. Then it would be time to go get food and go home to re-do it again tomorrow.


So that’s what the basic day of working at a haunt. In the next segment I’ll be talking about getting used to working in your scene and how not too take it too far with a customer.!

Thank you guys for stopping by to HH365 for the first Inside The Haunt segment. It is his first one and he wanted to leave some room for add-ons in later segments. Keep it here at HH365, Where Every Day Is Haunt Season!
Posted by Halloween Haunts 365 at 9:00 AM