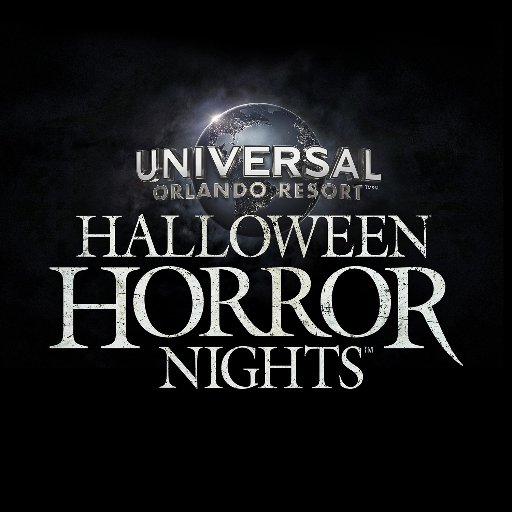 The event was renamed "Universal Studios Florida Halloween Horror Nights" in 1992 and advertised as the second annual Halloween Horror Nights. There were two haunted houses, with The Dungeon of Terror returning to the Jaws queue building, and The People Under The Stairs making its debut in Soundstage 23. The event ran five nights, October 23, 24, 29, 30, and 31.

The Third Annual Halloween Horror Nights at Universal Studios Florida saw the event increase to seven nights. Due to the re-opening of the Jaws attraction, the in-park haunted house moved from the Jaws queue in Amity to the Nazarman's facade in the New York area. The number of haunted houses increased to three, with the third at the Bates Motel set at Universal Studios Florida.

Halloween Horror Nights 4 expanded to an eight-night run in 1994. This year marked the return of a newly-designed Dungeon of Terror, along with three more haunted houses. In addition to Nazarman's and the Bates Motel, the new locations were in the Earthquake overflow queue and the Boneyard. This year also marked the first use of the term "Scaracters", as well as the first official "Ghoul School" for actors participating in the event. Ticket prices increased to $36 this year.

Halloween Horror Nights V featured a 12-night run and three haunted houses, one of which was a dual-path house. It was also the first time Universal themed the event around a character, in this case Tales from the Crypt's Crypt Keeper. The event was subtitled "The Curse of the Crypt Keeper".

Back in Florida, Halloween Horror Nights VI through X followed the formula developed for Halloween Horror Nights V in 1995, growing from 15 nights in 1996 to 19 in 2000. There were three haunted houses each year, although from 1998 on, two each year were dual-path houses, for a total of five experiences. One notable change was the first 3-D haunted house, in 1999, in the Nazarman's facade. By 1999, ticket prices were $44.[16] In 2000, Universal launched its first in-house created Icon, Jack the Clown.

Because the September 11 attacks occurred so close to Halloween Horror Nights XI, Universal made many changes to tone down the event. Lots of gore was scrapped from the event, and blood was replaced with green "goop". The names of several houses, scare zones, and shows were changed. The original icon character "Eddie" was scrapped. Edgar Sawyer was conceived as a demented, chainsaw-wielding horror movie buff that had been disfigured by a fire. He was supposed to be a threat to previous icon Jack and the tagline "No more clowning around" was used and seen on early advertisements and merchandise. Eddie was ultimately removed from the event before it began, although he was still appearing on that year's logo and merchandise with the official "I.C.U." tagline. As a hurried replacement, Jack would return along with a line of merchandise bearing the tagline "Jack's Back." Eddie's back-story was changed, and his name was changed to Eddie Schmidt, Jack's younger brother.[18] The event again ran for 19 days, admission was $48, with five haunted houses. The dual house was in Soundstage 22.

Halloween Horror Nights moved to Universal's Islands of Adventure in 2002. The Caretaker was not the original icon for Halloween Horror Nights 12 in 2002. Cindy (sometimes spelled "Sindy"), the daughter of mortuary owner Paul Bearer, was originally the icon of the event. In the event's premise, every land would be ruled over by her "playthings". After several child abductions in the area, the Cindy concept was abandoned and her father Paul Bearer changed into Dr. Albert Caine, also known as The Caretaker. Cindy would eventually appear in 2006's "Scream House Resurrection", 2009's "Shadows of the Past" and 2010's "The Orfanage: Ashes to Ashes". Halloween Horror Nights 12, the first to be held at Universal's Islands of Adventure park, featured five haunted houses, with admission set at $49.95.

Halloween Horror Nights 13 again took place at Islands of Adventure. It featured six haunted houses. The Icon was The Director.

For Halloween Horror Nights 14 in 2004 the resort experimented with a dual-park format, which connected and utilized parts of both parks. The fourteenth edition featured a mental patient. It ran 18 nights and featured seven haunted houses.

In 2006, "Horror Comes Home" to the Universal Studios Florida park for its sweet 16 celebration with the four previous icons. Admission was $59.95. It ran 19 nights, featuring seven haunted houses.

2008's Reflections of Fear featured a new icon in the form of Dr. Mary Agana, an original take on the Bloody Mary legend. The event revolved around the realm of reflections where Mary dwelled.

A musical tribute to The Rocky Horror Picture Show was added for the 18th and 19th installments.

2010 marked the 20th installment of the event at the Orlando park. It was titled "Twenty Years of Fear", and it featured Fear as the event's icon.[40] There were eight haunted houses. The event ran 23 nights and admission was $74.99.

2013 Florida's Halloween Horror Nights 23 featured a haunted house based on An American Werewolf in London, another based on The Cabin in the Woods, and a third based on Resident Evil, plus five more, for a total of eight. The Walking Dead continued as the event icon and The Rocky Horror Picture Show Tribute returned. It ran 27 nights. Admission was $91.99.

Florida's Halloween Horror Nights 24 in 2014 featured eight haunted houses and a return to the use of scare zones, absent since 2012. Universal again made use of licensed properties from others, including The Walking Dead, Alien vs. Predator, From Dusk till Dawn, Halloween, and The Purge. There were two shows, Bill and Ted and the Rocky Horror Tribute.

Halloween Horror Nights 25, in 2015 at Universal Studios Florida, brought back Jack the Clown as the icon along with his icon friends. HHN 25 ran a record 30 nights. HHN 25 featured nine haunted houses, with admission reaching $101.99 during the prime days.

Halloween Horror Nights 27 was the final year Bill & Ted's Excellent Halloween Adventure was performed at Universal Studios Florida. The show had been running at HHN since 1992.

Come back tomorrow for some more content on all things Haunts and Horror!