Tonight we will break down what I think three of the top "haunt" movies. These three movies do an outstanding job making you not want to be home alone. With what seems as every cable station has its own Ghost Hunting show, Ghost are still pretty hot in the minds of people. Really have always been since man has walked the earth and learned how to write.

Everyone has their own belief system on if ghost truly exist. This will be an endless debate. There will never be any full scientific proof of the existence of Ghosts. Its a very interesting concept when you think of a poltergeist. Even deeper concept of the different belief of everyone you meet. You can pretty much ask 20 people and 10 will believe while the other ten will look at you like you just stole their cat. This actually gives me a great idea for a twitter poll later....I wonder what the results will be.

The most I can add to the equation is that things that cannot be explained happen all the time. I have witnessed things that have not made physical or scientific sense. I think most of us have. So the question will always remain in my mind. It is always something interesting to talk about and research. Especially this close to Philadelphia, New York, New Jersey and Delaware. Even the Government designates places as haunted. So really, Makes you think......

Anyway, Back to the Ghost movies will be debating tonight. 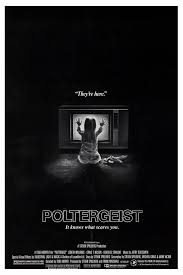 Poltergeist. A Spielberg masterpiece. Very few people designate this a Spielberg because it was not one of these giant blockbusters that he is known for. This movie blew my mind when i first got to see it. The normal neighborhood, the basic family and the basic house. I really enjoyed every step of this film. With the parents being what I have always noted as normal. You can feel that they are not well off, that they have to work for what they have. Part of what made this movie great is how real the family felt. It felt like this could happen to anyone. Really enjoyed how this movie starts out slow and then went full speed ahead with at the time groundbreaking effects. A MUST SEE for any horror and just movie buff. This film is historic. Even has a curse that we will not got into today. Now, onto another great film that I missed out on til I was a bit older. Having started my Horror career at around 4 years old. Did not end up seeing the next film until I was about 19-20 I believe. Man did I miss out. 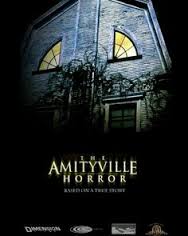 The Amityville Horror. What a Gem of a Film. A Story of how great deals are sometimes better left on the table. Based on the Story of George and Kathleen Lutz. Many people still do not believe what the Lutz couple say happened. Me, I do. Why? Very good question. I am usually very very skeptical of these things, I never believe anything but I do believe the Lutz Family. Here is why. Lets look at the facts...

Ronald Defeo Jr did indeed kill his entire family in this house. Defeo and his family complained of something not right with Ron Defeo the second they moved to this house. And this all came down toa boiling point. Now, Defeo shot his entire family with a .35 Caliber Rifle. With the first shots ringing through this house could not be quiet. But yet the entire family was killed while still in bed? Thats the oddest thing in my mind and why I believe the Lutz. 6 murders, 6, 6 people stayed in bed after hearing a total of 10 shots fired? Coroners even noted that his mother and little sister were awake at the time. But still stayed in bed? Nope, Growing up in Atlantic City, when shots were fired even blocks away, you jumped out of bed. There is no way and entire family stays in their bed shot after shot. That to me proves that something more was to be seen. Not saying the devil made him do it, but something extraordinary had to have happen for this poor family not attempt to flee, or even hide?
Dont believe much, but I believe there is something strange in 112 Ocean Avenue.

The film is an instant classic that spawned a lot of decent sequels. It is a hard decision for me to choose a favorite, Will be interesting to see what twitter says for the poll. Now this next movie I am a huge fan of the Originality. One where the sequel in my eyes was better then the first. Even how much the movies tied together.... 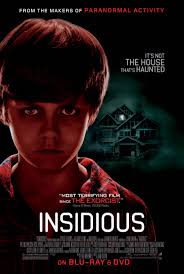 Insidious. WOW. I watched this movie over again as soon as it was over. Released in 2010. Insidious ended a huge horrible horror movie theme. Personally, I cant deal with movies like The Ring, or the Grudge. They are terrible. Nothing in these Japanese remakes are a bit scary. How is a little girl in a well terrifying? Not here. Not this Blog. Those movies were such a joke that I almost missed this film. Insidious adds a brand new look into haunting. Simply an amazing outlook on the otherside. Dont want to spoil this movie. Just go See 1 and 2 right now. Call out of work, I dont care. These two movies are a must see for the Horror Genre.

Now its up to Twitter to see who wins. This time I cannot pick a winner, will be an interesting debate.
Also, 2 Confirmed Interviews for local haunts, Keep coming back as we come closer and closer to the Haunting Season! A TON MORE TO COME!!!!!!!!!!!!!
Posted by Halloween Haunts 365 at 8:53 PM