Gearing up for the season!

Hi guys, Got pretty cool news from the world of Halloween Haunts 365! Our team has signed on to review a couple haunts already this season! Big thank you to Terror behind the Walls at Eastern State and Field Of Screams. So already into this young season we have major attractions to look forward to digging deep.

Right now there is a lot of people hard at working hammering this home these hot months. In the Next couple weeks I will head up to Lancaster, PA to meet with the owner of Field of Screams! 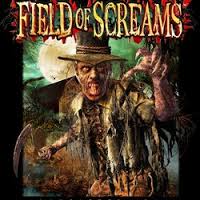 Looking forward to sitting down with the owner and discussing what really takes place this time of year and what effort goes into everything. Like when do designs get started? I really have a ton of questions to ask him. Going through these haunts for so many years, the questions have really piled up. Yet when it is time for the pencil to hit the paper or fingers to the keyboard we go blank!

For work, I have done thousands of interviews. But for some reason these have me nervous! Maybe because I have always wondered what it takes to make these places so special. What it takes to continue growing year after year.

When most people enter a Haunt, They look out for being scared around corners. When I enter a haunt, for me its all the details. Every scene. We really take everything in and walk slowly around the attraction. Maybe its because I live out every horror movie I have ever seen? Every room, We take in the lighting, The effects, The actors, The idea behind the scene. From little gags strategically placed to giant 40ft animatronics. My Favorite is when a haunt changes the theme every room you enter. Whether it be a Giant long snaking path with different stuff at every spot. Or a room set up like a normal house and every room is different. Or who does not like a great crazy hayride with chainsaws?

With the upcoming previews of some haunts, I wanted to take some time to let the Haunts and Haunt lovers know that HalloweenHaunts365 will not give out secrets or what is seen inside the haunts. We will flood this blog, twitter and instagram with photos and videos of people coming out. People having fun. And really what to expect when you reach the haunts. Our main principle for this blog is to get more people coming out every year to this Haunts. Months and Months of labor go into these for the owners or just people that work there. That work deserves to be flaunted! So this blog has taken on the job to inform new and existing customers of whats coming, whats new, and what kind of fun they will have this season at their favorite haunt.

So far, A HUGE THANK YOU goes out to 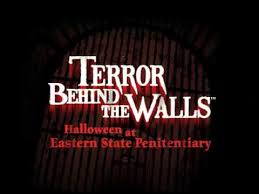 We also will cover smaller Haunts. Like Yard or Garage Haunts. So if you have any kind of Haunt or Yard Set Up, HalloweenHaunts365 will be more then happy to come out and cover it. We already have one signed on. So when that gets going you will be able to read about it here and find the hidden gems. Halloween is all about fun. Our job is to guide you to that fun. We will work tirelessly to do so.

So For Now! Thank you and stay tuned...For there is much more to come!